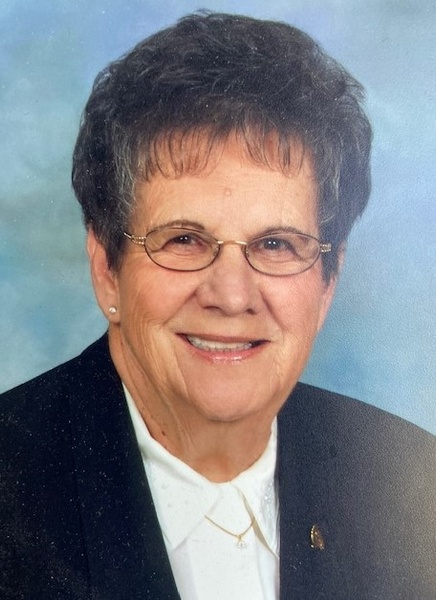 Jeannine was born on November 8, 1929, the daughter of Lloyd (Curly) and Bertha (Greub) Staffon. She graduated from Monroe High School in 1948 and was united in marriage to Gerald E. (Gus) Thompson on December 27, 1950. They enjoyed almost 55 years of marriage before Gus passed away on November 24, 2005. Jeannine was a stay at home Mom until her youngest child went to school. She worked at the Brodhead Junior High School as a Secretary. She was also a Secretary at the Waupun WFDL Radio Station for several years. She was a member of St. Joseph’s Catholic Church in Waupun. She and Gus attended many sporting and community events throughout the years. She also enjoyed knitting, golfing, bowling, card club, solving the daily Crypto quote in the newspaper. She was a member of the Ladies’ Golf League at the Waupun Country Club until she suffered a stroke at the age of 85.


Visitation will be held at the church from 10 a.m. until the time of the service.

Burial of cremains will follow at Calvary Cemetery in Waupun.

In lieu of flowers, memorials may be made to the Gerald E. Thompson Memorial Scholarship Fund and sent to Werner-Harmsen Funeral Home, 201 East Jefferson Street, Waupun, WI 53963-2030.

The family would like to extend their sincere thanks to the staff of Elijah’s Place, Oshkosh and St. Croix Hospice, Fond du Lac for their wonderful care of our Mom.

To order memorial trees or send flowers to the family in memory of Jeannine Thompson, please visit our flower store.