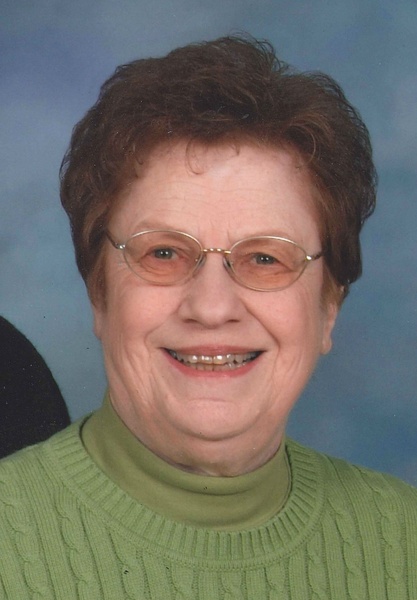 Joan was born April 27, 1935 in Milwaukee, WI the daughter of Viola Piekarski. Joan grew up in Berlin, WI and later moved to Milwaukee where she met the love of her life, Clifford Jones. On September 1, 1956 she married Clifford at St. Stanislaus Church in Berlin, WI. In 1959 they moved to Waupun where they resided for the rest of their lives. While in Waupun she worked at Electra-Wire for 20 years. She enjoyed going to casinos, and mostly loved being around her whole family. In her last years, she enjoyed meeting with her lady friends for breakfast.

Joan is survived by her husband of 59 years, Clifford; children: Jeffrey (Lisa) Jones of Waupun, Debbie (Kevin) Van Buren of Waupun, and Michael (Diane) Jones of Janesville; and 9 grandchildren and 18 great-grandchildren whom she loved greatly.

She was preceded in death by her mother, Viola Piekarski; and special aunt, Hilda Piekarski.


Friends and relatives may call on the family on Saturday at the church from 9 a.m. until the time of service.

To order memorial trees or send flowers to the family in memory of Joan Jones, please visit our flower store.