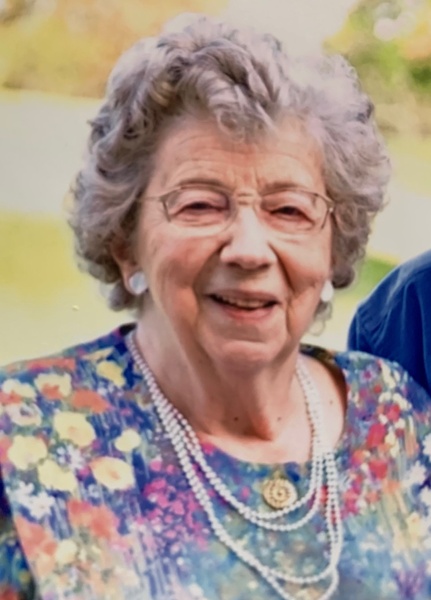 
Joann Marie (Marquart) Goodlaxson, 85, of Waupun died Wednesday, December 9th from complications due to COVID. Born September 16, 1935 to Elmer and LaVerne Marquart in Knowles, she was a lifelong guiding force in the communities on the north end of the Horicon National Wildlife Refuge. Joann graduated from Mayville High School and earned a BS from UW-Stout. She married David in 1957 and celebrated 60 years of marriage before he died in 2017.

Her legacy is built on seeing the best in everyone and modeling the best in a human. She was known for her work ethic, faith, and commitments to family and education. Her days were filled with farm chores, delivering lessons, tending her family, gardening and doing schoolwork late into the night. The 60s brought 4 children, who grew up learning the work ethic and generosity of spirit that were Joann’s hallmark traits. After they were launched she and Dave took in a 5th child, great nephew Dale.

Oakfield United Methodist church has been her community of faith where she accompanied countless services on piano and organ and represented on numerous committees and mission trips. Rising Sun Grange was her civic community where she developed and presented educational programs over many years at the local, county and state levels. As the Public Relations Director, she spent countless hours writing, editing and publishing the local and state Grange newspapers. In addition, she was a member of the Wisconsin Women for Agriculture, the Friends of the Horicon National Wildlife Refuge and supported the Waupun Norwegian Lutheran Church.

As “Mrs. G”, she taught FACS - Family and Consumer Sciences (previously known as Home Economics) for 38 years, 37 at Waupun High School. Before she retired, she was teaching the grandchildren of former students and would be greeted everywhere with “Hello, Mrs. G!” She was reliably genuine, tough, loving and accepting of every student - no exceptions. She tutored school-age parents, visited elderly shut-ins and collected family stories, Horicon marsh lore and the genealogy of both sides of the family. She earned a graduate degree and wrote countless letters to representatives championing the value of women, farming and rural issues.

Joann found joy in music and the privilege of supporting others. To balance the work, she played piano beautifully and cheered raucously for the Packers!

A Celebration of Life is set for Sunday, December 13th at 2:00pm from Oakfield United Methodist Church via Zoom with Rev. Dr. Young Tae Lee officiating. Family and friends are invited to visit the Werner Harmsen website for a link to the service.


An outdoor interment at Waupun Norwegian Lutheran Church cemetery is yet to be determined.


Memorials may be directed to the International Crane Foundation, Friends of the Horicon National Wildlife Refuge, Heifer International and Oakfield United Methodist Church.

Mail donations to the President of Horicon NWR, Terri Fuller, - the donations will be accepted by the Friends group. Normally they receive their mail at our headquarters address but during this time it would be best to mail them directly to her so that they can be processed in a timely manner.


To order memorial trees or send flowers to the family in memory of Joann Goodlaxson, please visit our flower store.