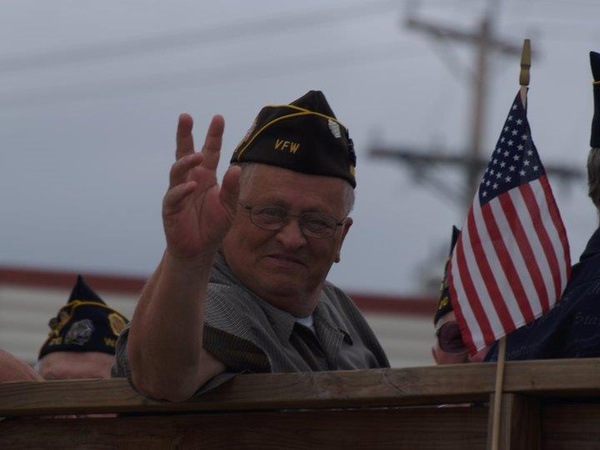 John was born June 11, 1941 in Glidden, WI the son of Charles E. and Elmyra Kienbalm Hauschild. John was a graduate of Park Falls High School. Upon graduation, he enlisted in the US Army where he served with aviation in maintenance for 10 years. He then transferred to the United States Air Force where he worked as a civil engineer. John served two tours in Vietnam with the U.S. Army and one tour in Vietnam with the US Air Force. He retired from the military in 1985. On March 7, 1971 he married Ute Donau in Chicago, IL. During his time in the service, the couple resided in various states as well as Germany. Upon retirement from the Air Force, the couple moved back to Wisconsin. John worked at Waupun Correctional Institution for over 20 years and retired in 2007. John was an active member of Veterans of Foreign Wars Post 6709 in Waupun, Vietnam Helicopter Crew Member Association, and Pella Lutheran Church in Waupun.

John was preceded in death by his parents; a brother, William; and a son, Micah.


Friends and relatives of John Hauschild, Sr. may call on the family on Tuesday at the funeral home from 10:30 a.m. until the time of service.


Funeral services for John Hauschild, Sr. will be held Tuesday, November 25, 2014 at 11:30 a.m. at the Werner-Harmsen Funeral Home in Waupun with Rev. Mike Stock officiating.

To order memorial trees or send flowers to the family in memory of John C. Hauschild, Sr., please visit our flower store.