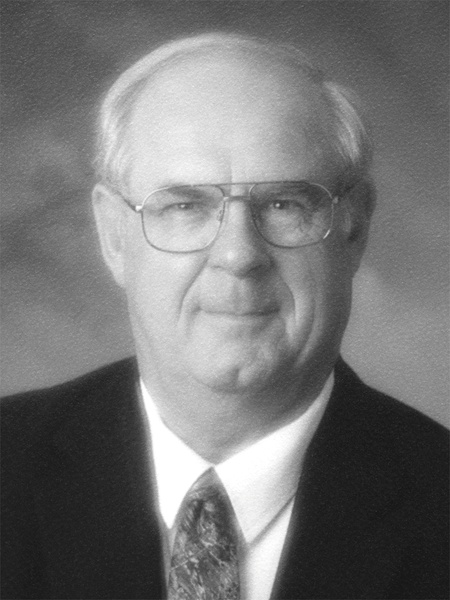 
John William Nolan Sr., 84, of Brandon, WI, passed away peacefully on March 8, 2017 at the Markesan Resident Home surrounded by his family.

John was born August 4, 1932, the son of Francis and Mary Meyer Nolan. John was a 1951 graduate of Plymouth High School. He attended St. Mary's College, Winona, MN and later served in the United States Army. He finished college at Lakeland College in WI, graduating with a B.S. degree in business. On January 28, 1956 he married his high school sweetheart, Audrey Rose Luedtke of Cascade. John was in sales his entire married life. His greatest professional achievement was establishing, owning, and operating the Nolan Insurance Agency for 35 years. John was also Brandon village president, a volunteer firefighter, scoutmaster, member of the Lions Club, served on the Waupun Memorial Hospital board, and the St. Brendan's Church Council. But the role John loved most was that of a loving husband, father, grandpa, and great-grandpa.

John was preceded in death by two infant sons; his parents, Mary and Francis Nolan; his brother, James Nolan; and many dear friends and family who are waiting to deal him in on the next hand of Sheepshead.

Friends and relatives may call on the family on Friday, March 10, 2017 from 5-8 p.m. at the Werner Harmsen Funeral Home in Waupun. There will be no visitation prior to the service Saturday.


The family expresses their sincere thanks and gratitude to the staff at the Markesan Resident Home and hospice volunteers who became John's second family. They treated John and his family with the utmost respect and dignity during a very difficult time. The family is forever grateful.


To order memorial trees or send flowers to the family in memory of John William Nolan Sr., please visit our flower store.