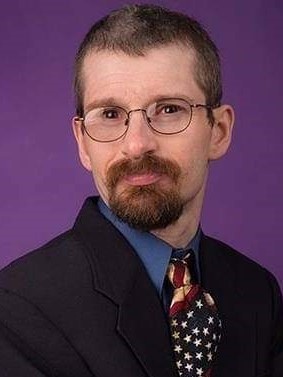 Jon was born June 17, 1977 at St. Agnes Hospital in Fond du Lac the son of Alan and Janet Weber Feucht. Jon was a graduate of Waupun High School, class of 1996. He furthered his education and received a Bachelor of Science in Psychology with a minor in English writing in 2003 from Whitewater, and then a Master of Science in Education in 2008 also at UW Whitewater. Jon had been working on a Doctorate degree online with East Tennessee State University in Educational Leadership and Public Analysis. He was also working on his dissertation until his health prevented him from continuing. Jon was employed at UW Whitewater and also Blue Sky Designs Inc. On June 17, 2006 Jon married Sarah Faulkner. The couple resided in Whitewater until Jon’s health was failing and he since has resided at the Lutheran Home in Fond du Lac. He extremely enjoyed fishing, writing, and music with his favorite song being “What a Wonderful World” by Louis Armstrong. Jon wrote two books, “The Tan Car” and “Straight Talks From My Desk.” He also co-authored along with two professors from UW Whitewater, “Disability, Augmentive Communication, and the American Dream.” On the campus of UW Whitewater Jon founded the Authentic Voices of America Summer Camp for young augmentative alternative communication device users. The goal was for young people, ages 12-19 with severe speech disorders, to learn ways to use their devices while hanging out and having fun. In 2000, Jon received the Augmentative Communication and Empowerment Supports Award from Temple University in Pennsylvania where he was employed as a mentor. In 2017 Jon received the UW Whitewater Outstanding Alumni Award.

Friends and relatives may call on the family on Sunday from 1 p.m. until the time of service.

A celebration of Jon’s life will take place Sunday, October 13, 2019 at 4 p.m. at Werner-Harmsen Funeral Home in Waupun with Rev. John Radetski officiating.

Jon’s family would like to thank his aides, teachers, professors, attendant care providers, and a special thank you to the nurses and staff of Fond du Lac Lutheran Home and Marquardt Hospice for the care and compassion given to Jon. Thanks also to those who supported the Authentic Voices of America in the annual golf outing at Rolling Meadows in Fond du Lac.

To order memorial trees or send flowers to the family in memory of Jon Feucht, please visit our flower store.