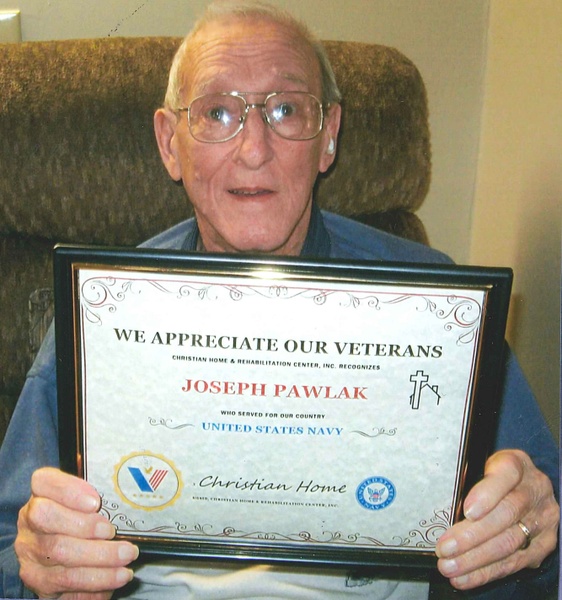 Joe was born was born February 23, 1929 in Evanston, IL the son of Stanley and Antoinette Cgecharowska Pawlak. Joe enlisted in the U.S. Navy and proudly served in the Korean War. On September 29, 1957 he married Alice Hottenstein in Evanston. Following their marriage they resided in Evanston for six years and then moved to Des Plaines, IL until the early 1990’s. Joe worked for the Pipefitters Union, and worked for various industrial construction companies. He retired and the couple moved to Platteville for six years, and then moved to the Waupun area. He was a past member of the Knights of Columbus and the Veterans of Foreign Wars. He was a member of Annunciation Catholic Church in Fox Lake. Joe was an avid gardener and enjoyed his house in the woods.

Joseph was preceded in death by his wife, Alice Pawlak; a sister, Stella Patrzykont; and a sister-in-law, Anita Pawlak.


Private funeral services for Joe Pawlak will be held at Werner-Harmsen Funeral Home in Waupun with Fr. Mike Wild officiating.

To order memorial trees or send flowers to the family in memory of Joseph C. Pawlak, please visit our flower store.