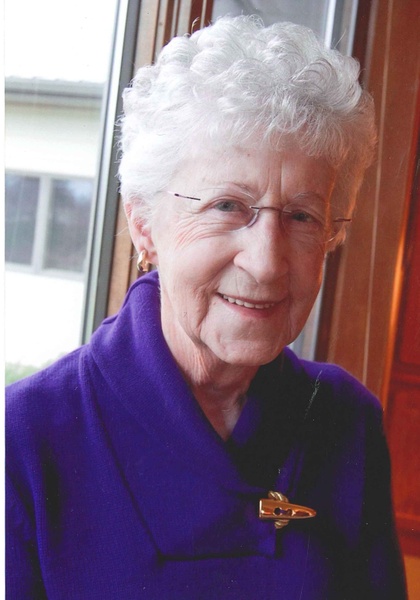 
Joyce Buwalda, 84, of Waupun, died Sunday, September 25, 2016 at the Christian Home and Rehabilitation Center in Waupun while being cared for by Agnesian Hospice Hope.

Joyce was born November 20, 1931 in the town of Alto, the daughter of Charles and Catherine Kok Glewen. Joyce graduated from Waupun High School in 1950. On August 31, 1951 she married John L. Buwalda. Joyce and John resided in the Waupun area all their lives. Joyce was employed by National Rivet and Manufacturing in Waupun, Alto Dairy Co-Operative, and Hopp’s Restaurant where she was employed as a bookkeeper. Joyce was a member of Alto Reformed Church where she taught Sunday School, and was a member of Women’s Ministry. She served on the Christian Home Board of Directors and volunteered at Hospice Home of Hope in Fond du Lac for many years.

Joyce was preceded in death by her husband, John, in 2002; a son, Steve, in 2011; two brothers: David Glewen and Earl Glewen; and brothers-in-law: Kirk Perry and Elton Stelsel.


Friends and relatives may call on the family at the church from 4-6 p.m. Private committal services have been completed at Alto Cemetery.


Private committal services have been completed at

It was Joyce’s request that memorials be directed to Agnesian Hospice Home of Hope.


To order memorial trees or send flowers to the family in memory of Joyce Buwalda, please visit our flower store.