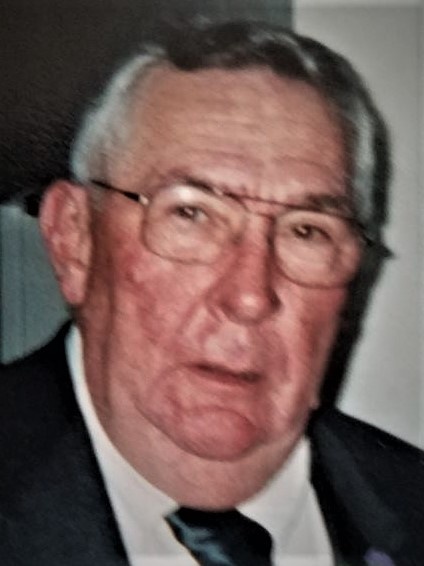 
Judson “Jud” Schlieve, 86, of Winneconne, formerly of Waupun, died peacefully April 4, 2018 at his home surrounded by his family.

Jud was born August 9, 1931 in Waupun, WI, the son of Herbert and Edith Hesselink Schlieve. Jud attended Waupun Schools and graduated from Waupun High School in 1949. On March 24, 1951 he married Thelma Pluim at Immanuel Lutheran Church in Waupun. Jud and Thelma owned and operated Jud-Son’s from 1954 to 2003. They resided in Waupun until 2003 at which time they moved to their home on Lake Winneconne. Jud served in the National Guard. He was dedicated to coaching Waupun Little League, and he spent 17 years as coach of Post 210 American Legion baseball. Jud was instrumental in the design and construction of “Schlieve Field” ball diamond on Spring Street in Waupun. He was an avid hunter, fisherman and Chicago Cubs fan.

He was preceded in death by a son, Curt Schlieve; a grandson, Jason Schlieve; and a brother, Roger Schlieve.

A visitation will be held Sunday at the funeral home from 4-7 p.m. and on Monday from 10 a.m. until the time of service.

Funeral services will be held Monday, April 9, 2018 at 11 a.m. at Werner-Harmsen Funeral Home in Waupun. Burial will follow at Forest Mound Cemetery.


To order memorial trees or send flowers to the family in memory of Judson "Jud" Schlieve, please visit our flower store.