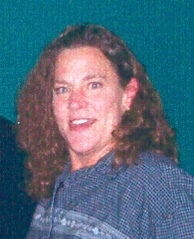 
Julie was born September 6, 1954 in Waupun, the daughter of Louis A. and Shirley Gysbers Pluim. Julie graduated from Waupun High School in 1972. In 1973 she moved to California. On November 23, 1979 she married Richard D. Smith in Las Vegas. The couple resided in Oxnard, CA all their married lives. Throughout the years, Julie was employed at numerous businesses. She worked for El Rio School District, Volt Temp Agency, and BMW of North America for 16 years. Julie had great knowledge of computers. She loved puzzles, reading, her pets, and her family trips.


Private memorials services for Julie R. Smith will be held at a later date.


To order memorial trees or send flowers to the family in memory of Julie R. Smith, please visit our flower store.