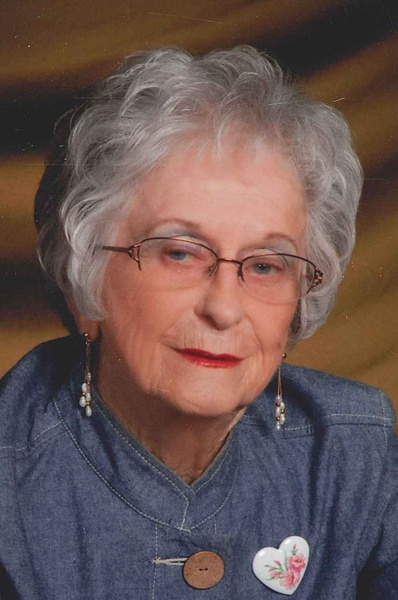 June was born August 4, 1927 in International Falls, MN, the daughter of Archie and Marie Fiola Olson. In 1939 the family moved to Waupun and June later graduated from Waupun High School. On October 18, 1947 she married Thomas Edward Southard at Waupun United Methodist Church. Following their marriage the couple resided in Waupun all of their married lives. She was a friendly face at the local retail establishments where she worked and was an active member of her church. She was a member of Veterans of Foreign Wars Post 6709 Auxiliary, served on the Election Board for 37 years, and was a season ticket holder for Wisconsin Badger football games for more than 40 years. Her neighbors were very special to her, and she entertained them and everyone around her with her unique sense of humor. She loved bowling, waterskiing, traveling to faraway places, boating on area lakes, attending and throwing parties, and consuming cocktails at said parties.

She is survived by her son James (Mary) Southard of Malone; grandchildren Shawn Southard (friend Stacey) of Madison, Jeremy Southard of Chicago, and Kimberly (Shane) Smith of Neenah; great-grandson Jaden Lisser of Eau Claire; sister Phyllis Beske of Waupun; sisters-in-law Shizuko Olson of Bakersfield CA, Dorothy Reak of Waupun, Judy Vis of Waupun; brothers-in-law Larry Southard of Waupun and Bob (Edna) Southard of Georgia. She was a beloved aunt to her many nieces and nephews and their children.


Burial will follow at Highland Memory Gardens in Beaver Dam.


To order memorial trees or send flowers to the family in memory of June Southard, please visit our flower store.