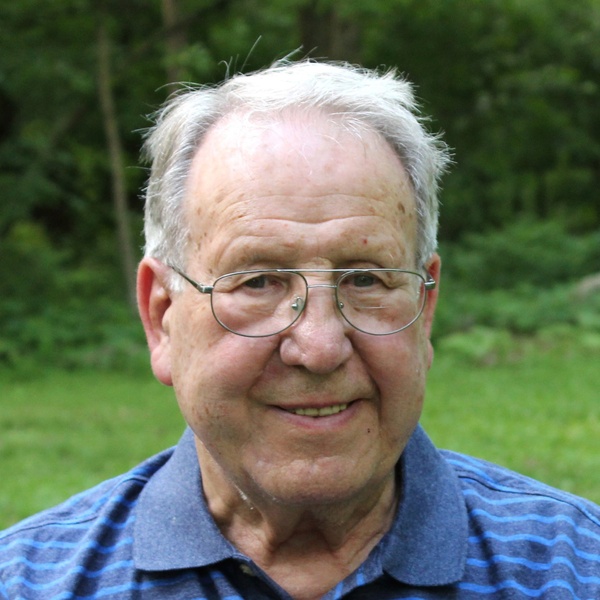 
Kenneth E. Fenske, age 89, of Waupun, WI (longtime resident of Germantown, WI) was welcomed into heaven on February 5, 2021 with his beloved wife and family at his side. Beloved husband for 57 years of Barbara Fenske, loving father of Laurie (the late Jan) Anderson and Diane (Roger) Knowlton, proud Papa of Emily (Mark) Poage, Derek Anderson, Josh Knowlton, Elisabeth Knowlton, and Annie Knowlton. Preceded in death by his cherished son Greg Fenske. Further survived by other relatives and friends.

On a summer day in Milwaukee, Ken was born to the late Ralph and Adeline Fenske as the third of four children. An excellent student and sports-oriented, he was awarded a club medal for excellence in academics and athletics as a high school senior, graduating from North Division High School, and then attending Ripon College, where he played football (Senior Co-Captain) and golf. Ken made the All-Midwest Conference first team as a defensive end in 1951 and 1952, served as Junior Class President, “R” Club vice president, and fraternity treasurer. Graduating cum laude as a German major from Ripon College in 1953, he then served his country for two years in the Army as a First Lieutenant stationed in Germany, continuing his love of football by playing for the Army.

His post-army career began in 1955 as manager of the Darlington exchange of the Wisconsin Telephone Company. Golf and helping others were always a big part of his life, and in 1959, as Lafayette County chairman for the March of Dimes he directed a winter golf tournament in Darlington, WI and through his leadership established a record for total contributions. He was employed as assistant sales manager for the Chicago Decal Company and advertising manager at 3M. He then began working as an insurance consultant, receiving his CLU degree, and continued to pursue this vocation for 40 years. Ken was awarded the President’s Plaque in 1967 by the Governor on the basis of production and persistency. In 1968 he was named an Agent of the Year by the Milwaukee General Agents and Managers association.

Ken met Barbara Gilsdorf in Milwaukee in 1962 when he came to the dental office for work on his teeth and the cute dental assistant caught his eye. They married in 1963 and became “Barbie and Ken.” Raising their three children together was a focus of his life, and he enjoyed flying kites, swimming, fishing, and sledding with his girls, New Year’s Day bowling, and going on roadtrips with his son. When grandchildren came along, he delighted in being their Papa. A devoted family man, he never missed the opportunity to support his children and grandchildren at their sporting, musical, and drama events.

Ken was an affable man, friendly to all he met and genuinely interested in others. He belonged to Toastmasters, Kiwanis, and Rotary clubs, relishing in the camaraderie of others. In addition to being social, Ken was extremely patient, kind, and loving. He enjoyed golfing, fishing, reading, attending Bible studies, playing cards, photography, refinishing antique furniture with his wife, traveling, and watching all kinds of sports on TV. Having traveled Europe in his younger days, he and his wife Barbara enjoyed several cruises in later years.

Ken enjoyed a close relationship with Jesus, having accepted him as his Lord and Savior and trusting in him for salvation. He rested in knowing that his eternal destiny was based not on his good works but on the completed work of Christ on the cross.

A big thank you to the dedicated and caring staff at the Christian Homestead for the wonderful care Ken received in the past year. Additionally, we appreciated the hospice care provided with such dignity by Hospice Hope.

Services will be held on Saturday, February 13th, 2021 at Edgewood Community Church, 201 Edgewood Drive, Waupun, WI. Visitation begins at 10:00 a.m. and will be followed by a celebration service at 11:00 a.m. Due to COVID restrictions, friends are asked to follow safety protocols and there will be no luncheon following.


To order memorial trees or send flowers to the family in memory of Kenneth Fenske, please visit our flower store.