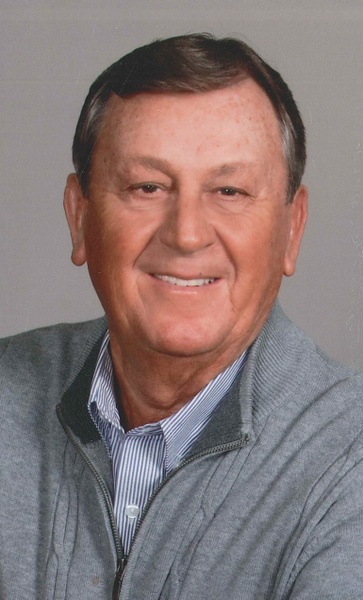 
Kenneth “Kampy” D. Kamphuis, 73, passed away peacefully surrounded by his family on Dec 3, 2020 at his home following a battle with cancer.

Ken was born on August 13, 1947 to Gordon and Esther (Rens) Kamphuis. He was a 1965 graduate of Waupun High School. Ken served with the Army National Guard for 6 years. He began working at The State Bank of Waupun during his senior year of high school and continued his banking career through the transitions of becoming First Interstate and Norwest Bank. He furthered his banking education by attending the Graduate School of Banking at UW Madison. After 25 years in banking, he became a Sales Rep for HA Batchelder and Son in 1990. Shortly after that, he bought the business and continued until 2009 at which time he retired. Ken was united in marriage to Janice Houdek on April 27, 1968 and they were blessed with 2 children.
Ken was well known throughout the community for his business skills, his generosity and being a friend to all. He was a former member and past president of the Waupun Rotary Club where he was awarded the Paul Harris Fellowship Award. He served on the Waupun Christmas Club for many years. He was past president and served on various committees at The Rock River Country Club. He was a faithful, active member of Immanuel Lutheran Church of Waupun where he served on many committees and a longstanding member of the ushering team. When his children were young, he enjoyed going to all their sporting events. He was a coach for his son’s little league team for a number of years. Since that time, he loved watching his grandchildren play football, hockey, soccer and basketball. When not watching them, he could be found at RRCC playing a round of golf with his friends. He absolutely loved the game of golf and constantly strived for perfection (sometimes too hard). He was proud of the fact that he could say he won the Club Championship, The Senior Championship and the Super Senior Championship. Each year he and Jan would spend a few winter months in Arizona or Florida to get away from the snow and cold to enjoy golf. He also enjoyed going on yearly golf outings with his golf buddies and with Jan and other couples. They were fortunate to have been able to visit many states across the US, including Hawaii, Alaska and take cruises with friends and family. He also enjoyed watching his “old” country western shows, following the stock market (constantly), his daily coffee run and ride around town. Ken always took pride in a perfect lawn.

Ken was preceded in death by his parents, grandparents, a grandson Koby and granddaughter Kassandra.


Friends and relatives may call on family on Friday at Werner-Harmsen Funeral Home in Waupun from 4-7 p.m. and on Saturday at the church from 9:30 a.m. until the time of service.
Please follow COVID-19 guidelines with masks and social distancing.


In lieu of flowers, memorials may be made to Heartland Hospice or Immanuel Lutheran Church.


To order memorial trees or send flowers to the family in memory of Kenneth Kamphuis, please visit our flower store.