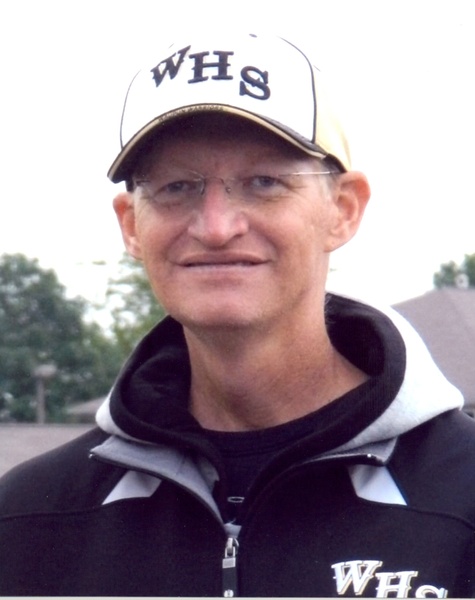 (1968 - 2013)
“Coach” Kevin L. DeBoer, (aka Bones), 44, of the Waupun/Brandon communities, died peacefully at his home on Tuesday, September 10, 2013 after a life-long battle with cancer and related illnesses. He was surrounded by the things he loved the most; his wife and family, his home, the farm, and a view of his beloved woods.


Kevin was born September 28, 1968 in Waupun to Ken and Sandy Schmuhl DeBoer. Kevin was the second oldest in a very close family with five children. He was a local “hometown boy”, raised on the farm with hard work and a lot of sports. It is there that he developed his strong ethics and love for hunting, baseball, and basketball. He attended local Waupun schools and graduated from Waupun High in 1987. Along the way, he met the only love of his life, Kristin White, at nine years old and falling in love by the 9th grade. The two graduated high school and college together and were wed in Waupun on June 30, 1990. Kevin was an outstanding athlete in high school. He excelled in baseball and basketball and had a passion for hunting…namely, deer hunting. His excellence was not achieved by athletic gifts. On the contrary, he was very skinny growing up…which is where the nickname “bones” emerged. His talent was developed through persistence. He was always the underdog, always had to try so much harder than others around him. That tenacity helped prepare him for the obstacles he faced in his life and earned him the respect of all who knew him. After high school Kevin graduated from Carthage College in Kenosha, playing baseball all four years. He was working hard toward his dream of being a professional baseball player. In the spring of 1989, after a successful season, Kevin learned he had Hodgkin’s disease. The cancer diagnosis altered his life plan and put him on the path of his true destiny…coaching others to succeed. Throughout his 19 year teaching and coaching career in the Waupun community, he has touched the lives of so many. His ability to push others to reach their true potential resulted in many success stories; a high school state championship, a legion state championship, numerous regional championships, and trips to state, and the realization of the Waupun baseball complex. His successes were not only on the field but also in the classroom as he inspired and mentored children of all ages and abilities, from gifted to adaptive.

A special thank you goes to Heartland Hospice for their unwavering support during Kevin’s final months.


A memorial visitation will be held Thursday, September 12, 2013 from 4-8 p.m. at the Waupun Junior/Senior High School and on Friday at the church from 10 a.m. until the time of service.


Memorial services will be held Friday, September 13, 2013 at 11 a.m. at First Reformed Church in Waupun with Rev. Jonah Barnes officiating.


In lieu of flowers, the family requests donations be accepted at The National Bank of Waupun, 201 E. Main Street Waupun, WI, 53963 in the name of The Kevin DeBoer Benefit Fund.


To order memorial trees or send flowers to the family in memory of Kevin L. DeBoer, please visit our flower store.