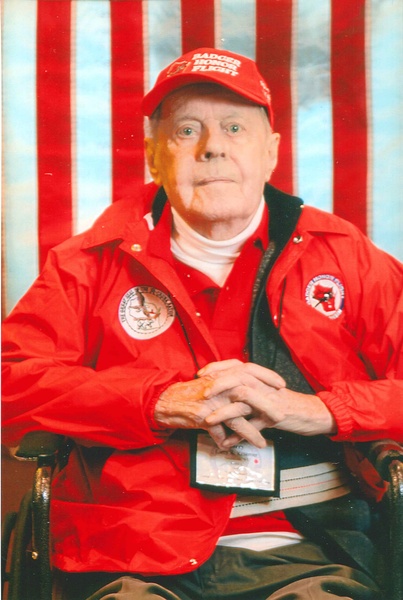 1932-2015
Larry Kraemer completed his journey on this earth and was welcomed into the loving arms of his faithful savior on Wednesday, December 2, 2015 surrounded by family.


On August 26, 1932 he was born in Waupun, WI to Kenneth and Irene Schultz Kraemer. Larry lived on the family farm outside of Waupun until his graduation from Waupun High School. On June 12, 1954 he married Donis Lee Hanson in a small ceremony in Waupun, only to be shipped out days after their marriage to start his tour of duty. Larry served his country in the U.S. Army from 1953-1955, served in the Korean Conflict in Seoul and Pusan, guarding the railroads. He was also in the National Guard until 1959. After returning from Korea Larry trained as a mason and began his brick laying career. Also a carpenter by trade he built area homes, fireplaces, worked on the Waupun Community Center, Wales School For Boys, and other state construction jobs. Feeling the opportunity to teach his craft, he went back to school to receive his teaching degree which began his career as a vocational instructor with Fox Lake Correctional Institution, mainly teaching the brick laying course and substituting in the carpentry course when needed. Once a teacher, always a teacher, his home church in Waupun is where he taught Sunday school for many years. Always enjoying the outdoors, hunting, fishing, camping, gardening, woodworking, wood cutting, and planting thousands of seedling trees at the cabin in the north woods he and Donnie built together along with family and friends and eventually retired there. After retirement he served as a volunteer at their local food pantry for many years, taking trips and visiting family and friends along the way.

He was preceded in death by his parents; his wife, Donnie; sister, Shirley Bos; and brothers, Bob and Kenny.


Friends and relatives may call on the family on Tuesday at the funeral home from 4-6 p.m.


A memorial service for Larry Kraemer will be held Tuesday, December 8, 2015 at 6 p.m. at Werner-Harmsen Funeral Home in Waupun with Rev. Joshua Conradt officiating.

To order memorial trees or send flowers to the family in memory of Larry Kraemer, please visit our flower store.