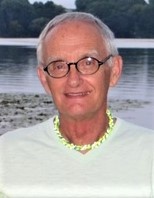 Larry was born October 30, 1942 in Waupun, the son of Clarence and Alice Bronkhorst Rens. Larry attended Waupun schools and graduated from Waupun High School in 1961. On September 19, 1963 he married Shirley Van Loo at First Reformed Church in Waupun. The couple lived in the Waupun area all their married lives. In 1962 Larry took over his father’s business, Rens Lawn and Sport which he owned until he retired in 1999. He enjoyed the quiet sports in life; bicycling, cross country skiing, archery, snow shoeing, canoeing, and kayaking. Larry was a past member of First Reformed Church for many years prior to joining Edgewood Community Church in Waupun. Larry and Shirley were adult volunteers at The Union in Waupun and Campus Life Ministry in Waupun for 16 years. Larry enjoyed working with the youth.

Larry was preceded in death by his parents; an infant daughter, Tracey; an infant granddaughter, Brianna; and brothers-in-law: Les Ellsworth and Larry Haase

Friends and relatives may call on the family on Friday at Werner-Harmsen Funeral Home in Waupun from 4-6 p.m. and on Saturday at the church from 9:30 a.m. until the time of service.


To order memorial trees or send flowers to the family in memory of Larry L. Rens, please visit our flower store.