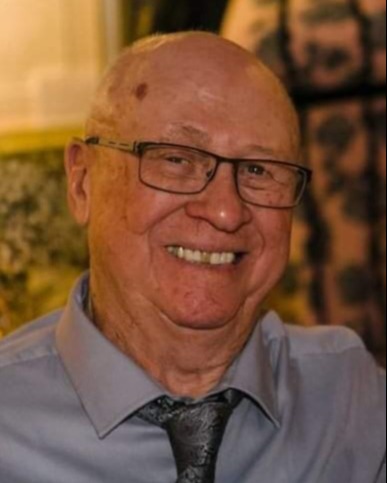 LaVerne Dull, 89, of the town of Waupun, passed away Thursday, January 19, 2023 at Waupun Memorial Hospital.

LaVerne was born March 24, 1933 in Gays Mills, WI the son of Clifford and Olive McKittrick Dull. In 1951 Verne graduated from Soldiers Grove High School. He moved to Waupun in 1953 and on April 13, 1956 married Thelma Aalsma. Verne served two years with the United States Army. Upon returning from the service, he worked for Stoppleworth Construction of Oakfield. In 1963 Verne and Thelma moved to Sonoma, CA where he was a mechanic and bus driver for Sonoma Unified School District. In 1994 they returned to Waupun. Verne was an active member of First Reformed Church in Waupun and did volunteer work with Central Wisconsin Christian School. Verne enjoyed mowing his lawn and keeping his yard looking good.

Verne was preceded in death by his parents, Clifford and Olive Dull; a brother, Richard Dull; and a sister, Dorothy Dull; and great-grandson, Lucas Echeverry.

Memorial services for LaVerne Dull will be held Monday, January 23, 2023 at 12:30 p.m. at Werner-Harmsen Funeral Home in Waupun with Rev. Barry Lang officiating. Friends and relatives may call on the family on Monday from 10:30 a.m. until the time of service.

To order memorial trees or send flowers to the family in memory of LaVerne Dull, please visit our flower store.