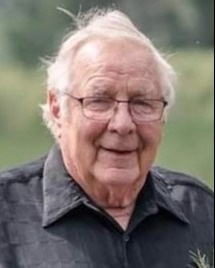 Lawrence “Larry” Southard, 84, of Waupun, passed away unexpectedly on Thursday, October 6, 2022 at his shop.

Larry was born December 21, 1937 to Lawrence and Thelma Bumgarner Southard  Larry graduated from Waupun High School. Larry served three years in the U.S. Army. He owned and operated Southard Automotive for most of his life. Over the years, Larry was involved in many different types of racing, including indy cars, stock cars, and off road racing. He truly enjoyed all types of racing, and car shows. He enjoyed going to car shows on the weekends.  He really loved cars!

Larry was preceded in death by his sons: Ted in 1984 and Tom in 1990; his brother, Edward Southard; and an infant sister.

Funeral services for Larry Southard will be held Wednesday, October 12, 2022 at 11 a.m. at Werner-Harmsen Funeral Home in Waupun. Burial will follow at Highland Memory Gardens in the town of Trenton. Friends and relatives may call on the family on Tuesday at the funeral home from 3-7 p.m. and on Wednesday from 10 a.m. until the time of service. American Legion Post 210 of Waupun is providing military honors.

Werner-Harmsen Funeral Home of Waupun and staff are serving the family.  Visit our website at www.wernerharmsenfuneralhome.com for more information and to send condolences.

To order memorial trees or send flowers to the family in memory of Lawrence Southard, please visit our flower store.