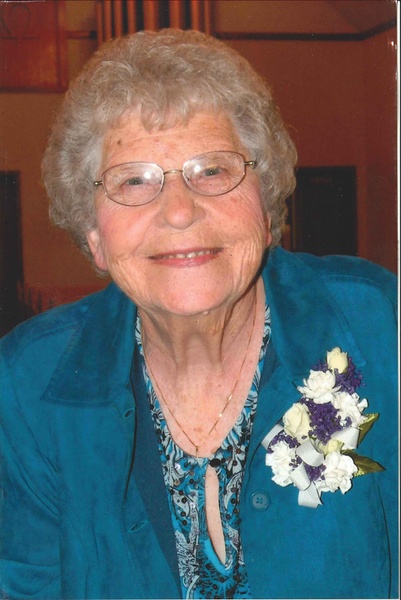 
Leona was born September 10, 1923 in Ripon, CA the daughter of Peter and Hattie Logterman Los. On April 10, 1945 Leona married George Sterken. He passed away on March 16, 1969. On December 23, 1970 Leona married Roger Vande Zande. Roger passed away on July 23, 1975. Leona and George farmed in the Sharon and Darien areas and later Leona and Roger farmed in the Brandon area. Leona worked at Borgs in Delavan. She was a bus driver for many years in the Delavan/Darien areas. She loved baking, flowers, gardening, and especially her family. Leona was a member of Alto Christian Reformed Church.

Leona was preceded in death by her parents; both husbands, George and Roger; a son, Lowell; a grandson, Jason; a great-grandson, Robby; and three brothers: Jacob, Francis, and Clarence.


Friends and relatives may call on the family on Sunday at Werner-Harmsen Funeral Home in Waupun from 4-7 p.m. and on Monday at the church from 10 a.m. until the time of service.


Burial will follow at Spring Grove Cemetery in Delavan.

To order memorial trees or send flowers to the family in memory of Leona D. Vande Zande, please visit our flower store.