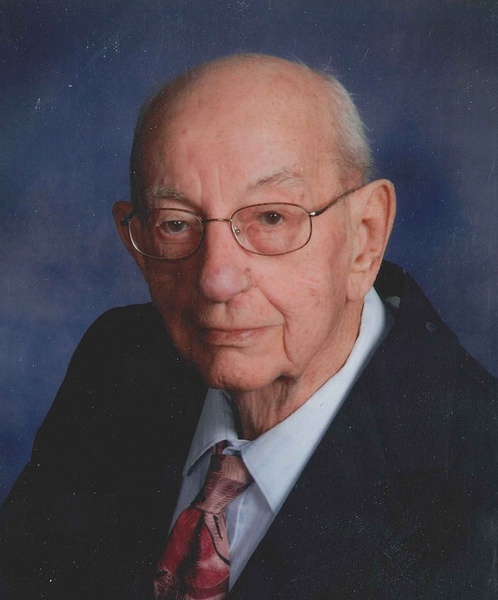 Leonard was born April 26, 1926 in Friesland, WI the son of Samuel and Jenny Fisher Heeringa. In 1944 he married Nellie Dejager. Nellie passed away in 1955. On June 21, 1956 Leonard married Phyllis Abel Westra in Weyauwega. Following their marriage the couple resided in Waupun most of their married lives. Leonard served our country with the U.S. Army in WWII from 1944-1946 in the Philippines, Okinawa, and The Japan Occupancy. Upon returning from the states he served in the National Guard. Leonard was employed by the State of Wisconsin as a prison guard for 30 years. He was a member of Waupun United Methodist Church. He enjoyed hunting, fishing, golfing, and of course, time with his family.

Leonard was preceded in death by his parents; his wife, Phyllis, in 1992; three sons: Edward, Phillip, and Terry; a son-in-law, Raymond Lackey; a daughter-in-law, Mary Herringa; an infant son; a brother; and three sisters.

Friends and relatives may call on the family on Thursday at the church from 10:30 a.m. until the time of service.

Funeral services for Leonard Herringa will be held Thursday, February 9, 2017 at 12 noon at

To order memorial trees or send flowers to the family in memory of Leonard Herringa, please visit our flower store.