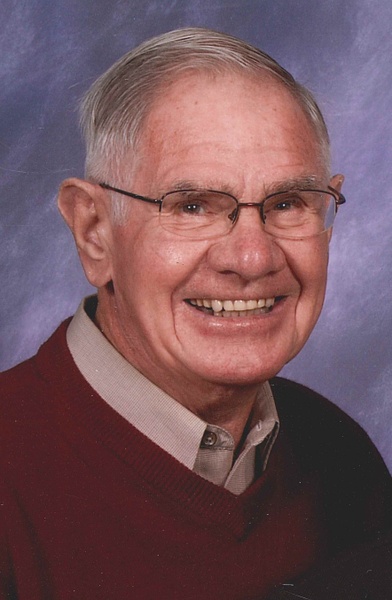 Linus was born September 8, 1934 in Beaver Dam, WI the son of Conrad and Mary Ries Mock. Linus was a graduate of Beaver Dam High School in 1953. He enlisted in the U.S. Army and served for three years. On August 2, 1958 he married Ruth Ann Buschkopf in Beaver Dam. The couple resided in Waupun most of their married lives and spent nine years in Elkhorn, WI. Linus was employed with the Wisconsin State Prison system for 28 years, and retired in 1989. Linus was a member of Grace Evangelical Lutheran Church in Waupun, Waupun Lions Club, and the Jaycees while living in Elkhorn. He also served with the Army Reserves for three years. Linus and Ruth enjoyed 19 years of wintering in Sun City Center, Florida.

Linus was preceded in death by a grandson, Michael Smits; brothers, Joe and Edward Mock; and a sister, Gertrude McClanny.

Friends and relatives may call on the family on Wednesday at the church from 9:30 a.m. until the time of service.

Memorial services for Linus Mock will be held

Burial of cremains will take place at Highland Memory Gardens in the town of Trenton.


The family wishes to thank Agnesian Hospice Hope for the love and care shown to Linus.

To order memorial trees or send flowers to the family in memory of Linus Mock, please visit our flower store.