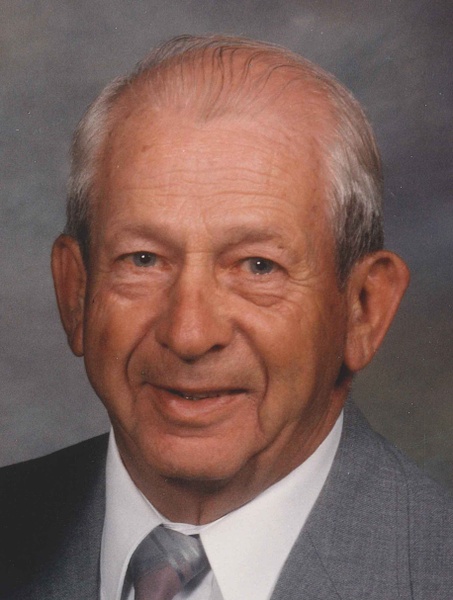 Lloyd was born March 8, 1923 in the township of Alto the son of Henry and Helena Kastein Hartgerink. Lloyd served in the US Army Air Force during WW II. On December 3, 1947 he married Helen Rens in Brandon. Following their marriage they farmed for a short time. Lloyd was partner with Dayton Redeker in Red-Hart Feed and Seed in Brandon. Lloyd was a charter member of Bethel Reformed Church in Brandon and served as deacon and elder.

Lloyd was preceded in death by three brothers: Earl, Harold and Milton Hartgerink; and a sister, Kathryn Hofman.


Friends and relatives may call on the family on Monday from 4:30 – 6:30 at Werner-Harmsen Funeral Home in Waupun and on Tuesday at the church from 9:30 a.m. until the time of service.


Funeral services for Lloyd Hartgerink will be held Tuesday, April 28, 2015 at 10:30 a.m. at Bethel Reformed Church in Brandon with Rev. John Tilstra officiating.

A special thank you to the staff at The Christian Home for their tender and loving care.

To order memorial trees or send flowers to the family in memory of Lloyd Hartgerink, please visit our flower store.