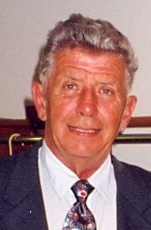 
Lloyd was born October 1, 1939 on the family farm in the town of Manchester the son of Carl and Gertrude Machkovich Krenz. On July 23, 1959 Lloyd married Jernette Floeter in Menominee, MI. Following their marriage the couple lived in Waupun and later in the town of Manchester on the family farm. Lloyd was employed at National Rivet & Manufacturing Company in Waupun for 43 years and also farmed during that time. He was a member of St. Joseph’s Catholic Church in Waupun. Lloyd enjoyed farming, his tractors, and shooting pool. Lloyd and Jernette enjoyed going to casinos and also fishing together.

Lloyd was preceded in death by his father, Carl Krenz; along with aunts, uncles and cousins.


Friends and relatives of Lloyd J. Krenz may call on the family on Wednesday at the church from 9:30 a.m. until the time of service.


Burial will follow at St. Mary’s Catholic Cemetery in Kingston.

To order memorial trees or send flowers to the family in memory of Lloyd J. Krenz, please visit our flower store.