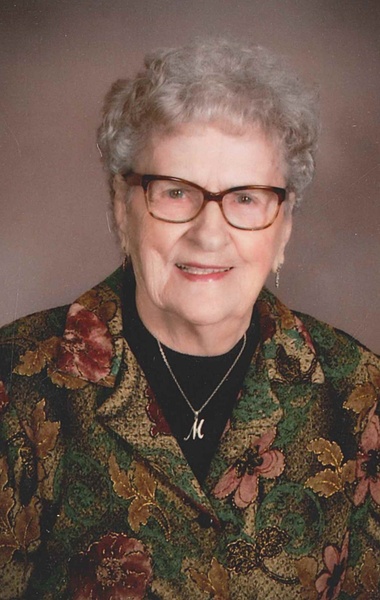 
Margaret Buwalda, 100, of Waupun, left The Christian Home & Rehabilitation Center in Waupun to be with her heavenly father on Wednesday, April 17, 2019 surrounded by her family.

Margaret was born February 27, 1919 in New Holland, SD, the daughter of Henry and Anna DeJong Bos. On March 31, 1944 she married Sam Buwalda in Waupun. The couple farmed in the Waupun area for 35 years. Margaret was a committed and loving wife, mother, grandmother and great-grandmother. She will be greatly missed by her family and friends and will remain in their hearts forever. Margaret was a charter member of Bethel Christian Reformed Church in Waupun.

Margaret was preceded in death by her husband, Sam Buwalda, in 2004; a son, Mitchell; a grandchild, Timothy Buwalda; two brothers; and three sisters.

Now we rejoice that she is with the Lord Jesus Christ in her Heavenly Home. We will meet again.

Friends and relatives may call on the family on Saturday at the church from 9 a.m. until the time of service.

Burial will follow at Highland Memory Gardens in town of Trenton.

Memorials may be directed to Bethel Christian Reformed Church.

To order memorial trees or send flowers to the family in memory of Margaret Buwalda, please visit our flower store.