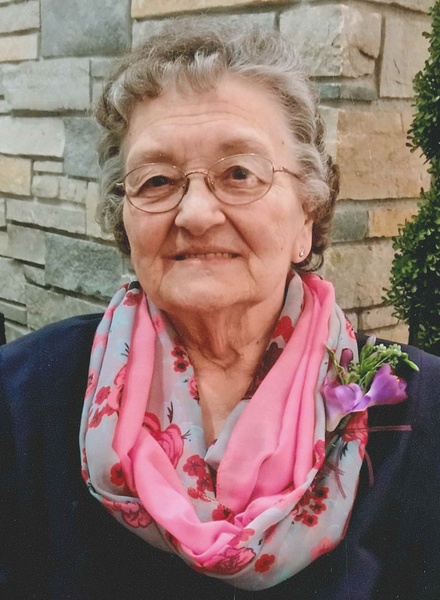 Marge was born February 22, 1934 in Cook County, Illinois on the family farm outside of Chicago, the daughter of Bokke and Tina Dykenga Wiersema. Marge was a graduate of Chicago Christian High School in Englewood in 1952. On May 24, 1952 she married William De Maa in Chicago. Following their marriage the couple resided in the Chicago area for 15 years prior to moving to Waupun in 1968. Marge was employed at Gysbers Grocery in Waupun for four years, Kastein’s Poultry Farm for five years, and raised veal calves for 15 years. In 1996 Marge and Bill managed Gateway Apartments and Marge resigned as manager in 2010. Marge was a member of Alto Christian Reformed Church where she played organ and piano for several years. She was president of its Ladies Aide and while the church had a choir, she was a member. Marge was a past member of the Ladies Auxiliary at the Central Wisconsin Christian High School, a member of the Waupun Chapter of the Red Hat Society, and a volunteer at the Christian Home and Bargains Galore.

Margaret was preceded in death by her husband, William in 2001; her parents; a brother, Cornelius Wiersema; and two sons-in-law: Steve Smit and Jerry Bille.

Friends and relatives may call on the family on Wednesday at Werner-Harmsen Funeral Home in Waupun from 5-7 p.m. and on Thursday at the church from 9:30 a.m. until the time of service.


Burial will follow at Oak Mound Cemetery in Alto.


The family wishes to thank the staff at Markesan Resident Home for mom’s wonderful care.

To order memorial trees or send flowers to the family in memory of Margaret De Maa, please visit our flower store.