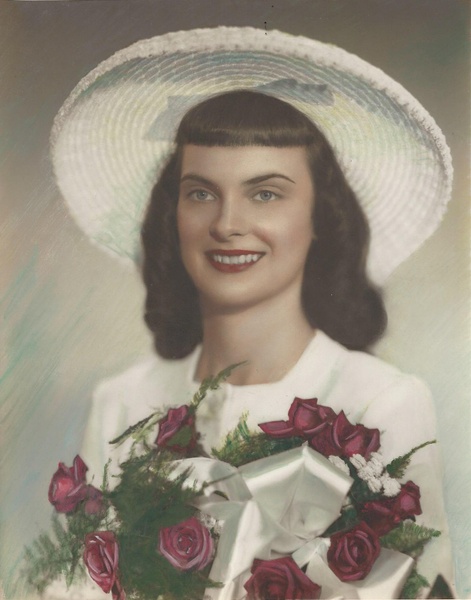 
Marian Wilhelmine (Halle) Possin, 89, of Madison, WI passed away on August 20, 2016 at Agrace Hospice in Madison.

Marian was born on September 16, 1926 at her parents’ farm in the Town of Eldorado, Fond du Lac County, Wisconsin. She grew up helping to work the family farm and graduated from North Fond du Lac High School. She went off to college at what is now UW-Oshkosh where she met a handsome returning WWII veteran, Chester Possin. Chet and Marian were married on July 21, 1946 in Fond du Lac. After the birth of their first son, Marian returned to UW-Oshkosh to finish her Bachelor’s Degree. Chet and Marian raised their family in Waupun. During her years as a homemaker, Marian was a community volunteer and activist. She was a volunteer with the Boy Scouts, Dodge County Human Services, and the Department of Corrections. In 1972 Marian co-founded the Wisconsin Coalition for Recycling and was appointed to the Wisconsin Legislative Council Special Study on Recycling. Realizing her life-long dream to live on Green Lake, Chet and Marian moved there in 1987 where Marian co-founded the Green Lake Preservation Society, a citizen lake association. She was also appointed to the Green Lake County and Town of Brooklyn Planning Commissions. In 2003, Chet and Marian moved to Oshkosh, the city where they met. In 2013, they moved to Oakwood Village in Madison. Marian’s hobbies included making different kinds of fruit jams and rhubarb pies to share with her family and friends. She loved politics and was enjoying following the current presidential race. Marian was passionate about preserving and protecting our environment, and was pleased when her children chose careers involving the natural world. She was grateful that she and Chet were able to travel in their later years. More than anything, Marian enjoyed spending time with her children and grandchildren.
She is survived by her daughter, Mary Possin (John Disch) of Monona; her grandchildren: Henry Disch of Minneapolis, Annie Disch of Milwaukee, Amy La Fond of Buffalo NY, Kristin Larson of Phoenix, and Wendy (Darin) Osmundson of Phoenix; her daughter-in-law, Joan Possin of Phoenix; her sister, Doris Knoespel of Brillion; along with her nieces and nephews.
She was preceded in death by her parents, Henry Halle and Adeline Eilert Halle; her husband, Chester Possin; her sons: Boyd Possin and Dana Possin; and her brother, Merlin Halle.


A private service will be held at a later date.


The family suggests donations can be made in Marian’s name to the Green Lake Conservancy, http://www.greenlakeconservancy.org/home.


The family is grateful for the world-class care she received at the University of Wisconsin Hospitals, especially the Palliative Care team, along with the wonderful staff at Agrace Hospice.


To order memorial trees or send flowers to the family in memory of Marian W. Possin, please visit our flower store.