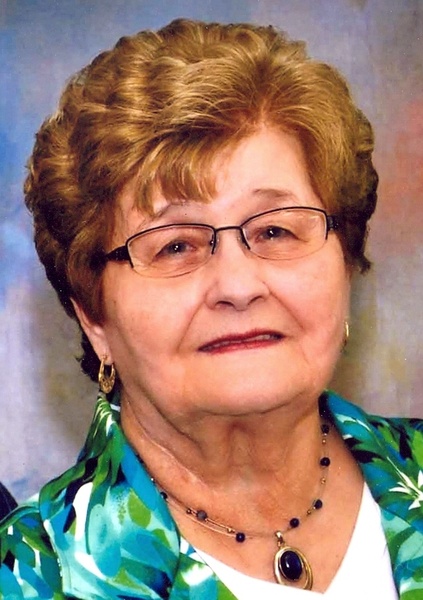 
Marilyn Tavs was born June 22, 1936 in Friesland, WI the daughter of William and Martha Stiemsma Kok.

Marilyn graduated from Cambria High School in 1954. On January 14, 1955 she married Wayne Tavs in Friesland. Following their marriage they resided in Alameda, California for two years and resided in the Brandon area for the remainder of their married lives. Marilyn was an Avon representative for 31 years, was employed at Pearl’s House of Fashion, Ripon College, Speed Queen, and St. Agnes Hospital from which she retired. Marilyn did volunteer work at Ripon Medical Center. She was an active member of Bethel Reformed Church where she taught Sunday School, was a member of the Women’s Guild, and was active with the church’s library. Marilyn was an avid Badger and Packer fan. Marilyn attended sporting events which her children and grandchildren participated in. Marilyn and Wayne enjoyed their time together traveling to various destinations.

Marilyn was preceded in death by her parents; a brother, Byron Kok; a sister-in-law, Pat Kok; and a son-in-law, Prestal Greene.


Friends and relatives may call at Werner-Harmsen Funeral Home in Waupun on Wednesday from 4-8 p.m. and Thursday at the church from 10 a.m. until the time of service.

To order memorial trees or send flowers to the family in memory of Marilyn Tavs, please visit our flower store.