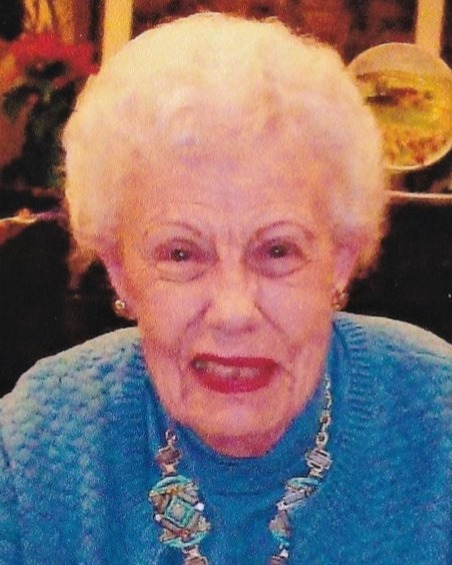 Marion was born December 17, 1927 in Waupun, the daughter of Lester and Anne Scott Damsteegt. Marion graduated from Waupun High School in 1945 and UW-Madison Pharmacy School in 1949.  Marion met Robert Malnory and they were married August 27, 1950 at Union-Congregational Church in Waupun.  They resided in Waupun until moving to Sun Prairie in 2013.

Following graduation Marion returned to Waupun to work with her family at Damsteegt Drug Store.  She also worked part time as a pharmacist at Central State Hospital.  In 1964 she and Robert opened Malnory Pharmacy where she worked until retirement in 1983.

Marion was an avid golfer and was a member of the Rock River Country Club.  She also enjoyed doing puzzles – Cryptograms were her favorite, needlepointing, reading and playing bridge and cribbage.  She and Bob also enjoyed traveling and spending part of their retirement winters in warmer climates.

Marion is survived by her husband of 72 years, Bob, a son, Rob Malnory, cousins and friends.

Marion was preceded in death by her parents.

To order memorial trees or send flowers to the family in memory of Marion Jean Malnory, please visit our flower store.