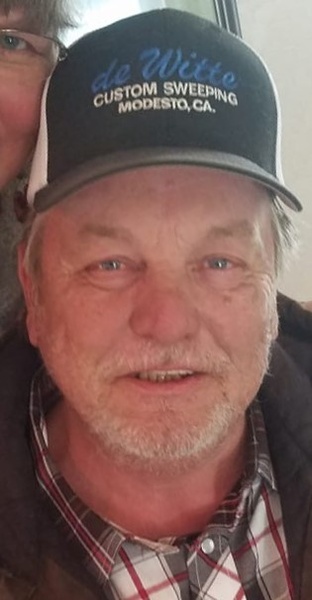 Marty was born January 25, 1959 in Clinton, IA, the son of Dick and Edith Ritzema. Marty later moved to Waupun, WI where he grew up and attended Bethel Christian Reformed Church and CWC schools. After school he moved to Modesto, CA where he married the love of his life, Laura Dengerink. Marty worked in the diary field until 1990 when he was hired by Modesto Irrigation District. He then retired at the beginning of 2019 and moved to Neshkoro, WI. He enjoyed fishing, the Packers, and spending time with his family who meant everything to him.

Marty is survived by his wife of 39 years, Laura; his children: Richard (Gigi), Cynthia (Justun) Yates, and Suzanne (Robert), all of Modesto, CA; and six grandchildren: James, Britton, William, Lucas, Siarra, and Zach.

Marty was preceded in death by his parents, Dick and Edith Ritzema; and his in-laws, Duane and Beverly Dengerink.

A small private family gathering will be held in Wisconsin and a full funeral service in California at a later date.

Memorial contributions can be made to the cancer division at St. Luke’s Hospital in Milwaukee, or to any brain cancer awareness organization.

A special thank you to Aurora Health Care of Oshkosh, St. Luke’s Hospital in Milwaukee, Edenbrook Home of Oshkosh, and family and friends.


To order memorial trees or send flowers to the family in memory of Martinus Ritzema, please visit our flower store.