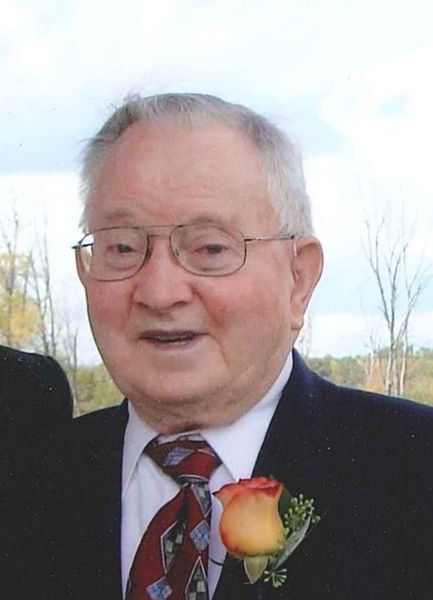 
Marvin was born August 14, 1923 in the town of Alto the son of Evert and Hanna Looman Van Buren. On September 27, 1950 he married Ethel Westra in Friesland. The family resided on the Van Buren family homestead until 2008. Marvin and Ethel farmed and later rented the land out as he became employed at National Rivet and Manufacturing in Waupun for 25 years from which he retired in 1989. Marvin was a member of Alto Christian Reformed church where he served as elder, deacon, Sunday school teacher, and custodian. Marvin lived a life of faith devoted to his saviour Jesus Christ.


Friends and relatives may call on the family on Tuesday at Werner-Harmsen Funeral Home in Waupun from 4-7 p.m. and on Wednesday at the church from 9:30 a.m. until the time of service.


The family wishes to thank The Christian Home for the loving care given to both Ethel and Marvin over the past years.


To order memorial trees or send flowers to the family in memory of Marvin Van Buren, please visit our flower store.