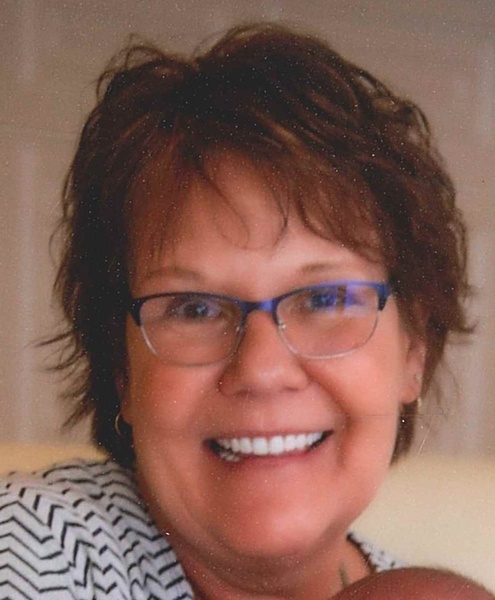 
Melinda “Mindy” Hendricks, 66, of Waupun, passed away Saturday, October 30, 2021 at Froedtert Hospital in Milwaukee with her daughter by her side.

Mindy was born February 18, 1955 in Waupun, the daughter of Marvin (Booty) and Phyllis Beske Hendricks. Mindy graduated from Waupun High School in 1973. She attended UW Platteville and received her degree in criminal justice. She became the first female police officer hired in Waupun. Mindy moved up the ranks and became Deputy Police Chief of Waupun until her retirement, working there for 33 years. She enjoyed working at Last Chapter, waitressing, and Piggly Wiggly in Waupun where she enjoyed working in grocery and then managing Cattails. Mindy enjoyed every minute of being able to talk with everyone she met, providing a listening ear and a positive caring spirit. Mindy’s smile, laugh and loving heart are truly going to be missed. Mindy was a member of Pella Lutheran Church in Waupun. Mindy was beyond proud of her daughter Kathryn and her three grandchildren. When Kathryn married Justin she was welcomed into the Madigan family and enjoyed many family events.

Mindy was preceded in death by her parents; her brothers: Bob Hendricks and Gary Hendricks; a sister, Missy Netzel; and an unborn grandchild.

Friends and relatives may call on the family on Friday at Werner-Harmsen Funeral Home in Waupun from 4-7 p.m. and on Saturday at the church from 9:30 a.m. until the time of service.


Funeral services for Mindy Hendricks will be held Saturday, November 6, 2021 at 10:30 a.m. at Pella Lutheran Church in Waupun with Pastor David Knuth officiating.


Burial will follow at Springvale Cemetery in the town of Springvale.


In lieu of flowers a memorial fund is being started in Mindy’s name.

To order memorial trees or send flowers to the family in memory of Melinda Hendricks, please visit our flower store.