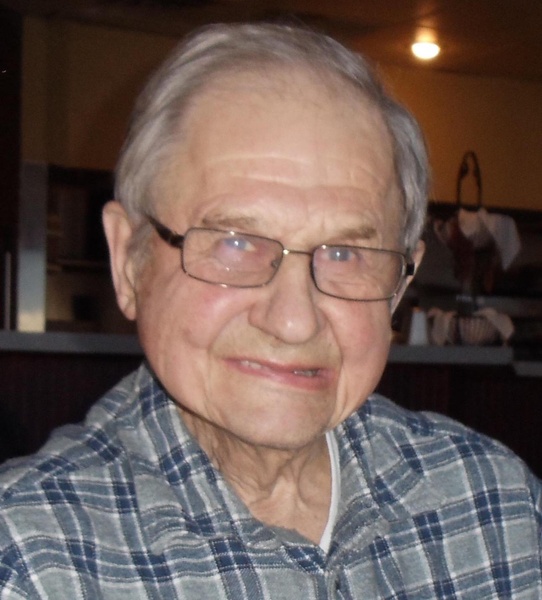 
Merle Myron Voskuil, 85, of Waupun, died peacefully on Sunday, December 25, 2016 at Agnesian Hospice Home of Hope in Fond du Lac with family by his side.

Merle was born on February 20, 1931 in rural Waupun, the son of Arthur and Laura Prochnow Voskuil. On September 15, 1962 Merle married Ora Jean Whitney and resided in Waupun. Merle was employed at Midstate Shoe Factory for 23 years, and retired from National Rivet in 1996 after 19 years of employment. Merle enjoyed spending time with his grandchildren, traveling, and playing cards with family and friends. He was a lifelong member of First Reformed Church in Waupun.

Merle is survived by a son, Gary (Tia) Voskuil of Sun Prairie; a daughter, Gena (Michael) Poetzel of Brownsville; four grandchildren: Tanner and Rhya Voskuil, and Justin and Melissa Poetzel; a sister, Phyllis (Doug) Prellwitz of Eldorado; along with nieces, nephews, and other relatives and friends.

Friends and relatives may call on the family on Wednesday at Werner Harmsen Funeral Home in Waupun from 5-7 p.m. and on Thursday at the church from 9:30 a.m. until the time of service.


Funeral services for Merle Voskuil will be held Thursday, December 29, 2016 at 10:30 a.m. at First Reformed Church in Waupun with Rev. Bruce Wilterdink officiating.


To order memorial trees or send flowers to the family in memory of Merle Myron Voskuil, please visit our flower store.