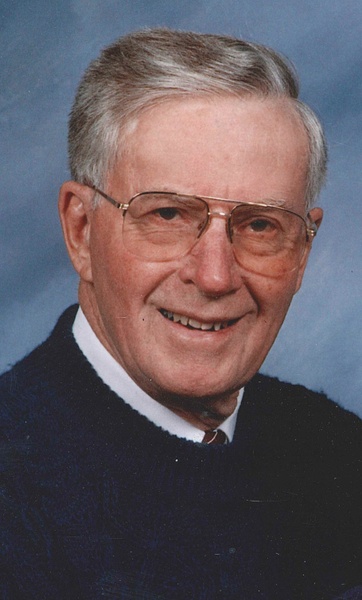 
Merrill W. Smith, 93, of Waupun, passed away peacefully on Thursday, December 24, 2020 at the Christian Homestead in Waupun.

Merrill was born March 25, 1927 in La Farge, WI, the son of Holly Sr. and Pearl Henthorn Smith. On September 6, 1950 he married Norma A. Novy at First Congregational Church in Hillsboro. They enjoyed a wonderful 68 years of marriage until Norma’s passing in 2019. Merrill was very proud to serve his country in the U.S. Army at the end of World War II. After returning from the war, he worked for the Hillsboro and North Eastern Railway Company in Hillsboro. In 1952 they moved to Waupun where he began his 35-year career with the Wisconsin Department of Corrections. Merrill loved to hunt, golf, and tinker with just about everything.

Merrill is survived by three sons: Steven (Nancy) Smith of Murrysville, PA, Richard (Lori) Smith of Waupun, and Thomas (Paula) Smith of Menasha; five grandchildren; five great-grandchildren; many nieces and nephews; and other relatives and friends.

He was preceded in death by his parents; wife, Norma; three brothers: Floyd, Myron, and Holly Jr. Smith; two sisters: Phyllis Johnson and Berdyne Bray; and his grandson, Scott Smith.

In an effort to slow the spread of the coronavirus, the family has decided on a private funeral service at the Werner-Harmsen Funeral Home with Rev. Robert G. Sherwood officiating. Interment will be Forest Mound Cemetery in Waupun.


In lieu of flowers, memorials to Union-Congregational Church in Waupun would be appreciated.

The family wishes to thank Agnesian Hospice Hope and the Christian Homestead Memory Care Facility for the wonderful care provided to Merrill.


To order memorial trees or send flowers to the family in memory of Merrill Smith, please visit our flower store.