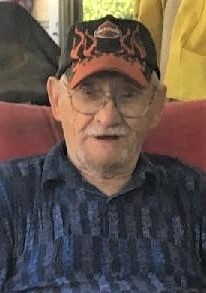 Orvel was born January 5, 1932 in Combs, AK the son of Harvey and Ocie Patrick Lackey. In 1955 he married Joyce Lackey. After marriage Orvel worked at National Rivet for 35 years as a tool maker. He enjoyed bingo, hunting, fishing, playing cards, and camping.

He was preceded in death by his parents; his wife Joyce Lackey in 2001; his son, Jerome Lackey; a grandson, Armando; four brothers; and two sisters.


Friends and relatives may call on the family on Thursday at the funeral home from 3 p.m. until the time of service.


Funeral services for Orvel Lackey will be held Thursday, June 10, 2021 at 5 p.m. at Werner-Harmsen Funeral Home in Waupun with Pastor Jeff Nicla officiating.

Burial will take place on Friday at 9 a.m. at Highland Memory Gardens.

To order memorial trees or send flowers to the family in memory of Orvel Lackey, please visit our flower store.