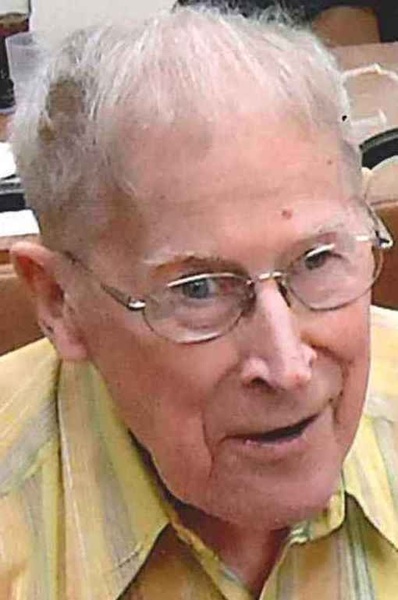 Orville was born August 16, 1920 in Cashton, WI the son of Oliver and Minnie Erickson Johnson. Orville graduated from Sparta High School in 1939. On March 20, 1948 he married Ellen Redeker in Waupun where they resided all their married lives. Orville was employed at National Rivet in Waupun for 42 years and retired in April of 1986. Following his retirement, he and Ellen traveled extensively throughout the United States. Orville also drove cars to various locations for car dealerships in the area. Orville was a veteran of the U.S. Army and served in WWII. He was a member of Immanuel Lutheran Church in Waupun where he ushered for over 50 years. He was an avid bowler, enjoyed volunteer work with Marsh Haven Nature Center, Meals on Wheels, Waupun Food Pantry, and other organizations.

Orville is survived by his wife of 66 years, Ellen, of Waupun; nieces, nephews, other relatives and friends.

He was preceded in death by a sister and four brothers.


Friends and relatives of Orville Johnson may call on the family on Tuesday at the church from 9 a.m. until the time of service.


To order memorial trees or send flowers to the family in memory of Orville Johnson, please visit our flower store.