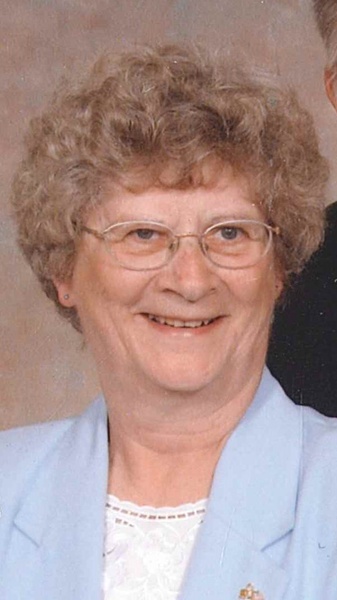 Phyllis was born May 27, 1939 in Dodge County, town of Trenton, the daughter of Theodore “Ted” and Joan Gysbers Kok. Phyllis was a graduate of Brandon High School in 1957. On June 12, 1959 she married James “Jim” Kuik at Alto Reformed Church. Following their marriage the couple resided in Waupun until 1969 at which time they moved to Alto and in 1973 moved to Brandon. Phyllis worked at Hopp’s Restaurant in Waupun and later was a cook at Brandon Elementary/Middle School for 30 years from which she retired. Phyllis’s hobbies included being a 4-H leader for 25 years, decorating cakes, gardening, sewing, sleepovers with her grandchildren, and collecting Barbie’s and Precious Moments. Phyllis was a member of Bethel Reformed Church in Brandon where she played organ and taught Sunday School.

Phyllis was preceded in death by her parents; and a brother, Arden Kok.

Friends and relatives may call on the family on Wednesday at Werner-Harmsen Funeral Home in Waupun from 4-7 p.m. and on Thursday at the church from 9:30 a.m. until the time of service.

Funeral services for Phyllis Kuik will be held Thursday, October 7, 2021 at 10:30 a.m. at Bethel Reformed Church in Brandon with Rev. John Tilstra officiating.

To order memorial trees or send flowers to the family in memory of Phyllis Kuik, please visit our flower store.