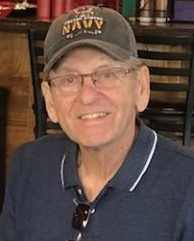 Ray was born November 26, 1944 in Milwaukee, WI. Ray worked at Fox Lake Correctional Institution and retired after 35 years of service. During his retirement he spent his days working on projects, deep-sea fishing in Florida, hunting with his late springer spaniel Sam, spent time at his cabin in Antigo, and made people laugh. During his stay at the hospital he became known as the “Candy Man” for insisting the staff take candy along with a thank you when they assisted him. One of his favorite things to do in the world was to spend time with his grandchildren and family.

Ray was preceded in death by his parents; his son, Todd; and his brothers: Sonny, Ed, and Eric.

A visitation for Ray Skindzelewski will be held Wednesday, February 12, 2020 from 4-6 p.m. with a memorial service to follow at 6 p.m. at County Line Lutheran Church in rural Markesan.

In lieu of flowers memorials can be directed to the National Breast Cancer Foundation.


To order memorial trees or send flowers to the family in memory of Ray Skindzelewski, please visit our flower store.