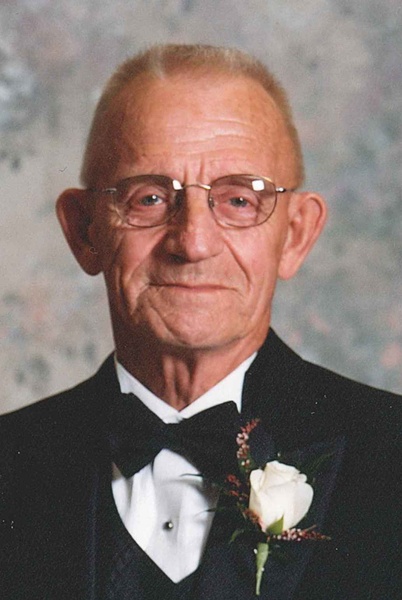 Ray was born April 16, 1932 in Augusta, WI the son of Henry and Emma Boetzer Lange. On February 6, 1965 he married Adrianna Bos in Waupun. Following their marriage the couple resided in the Waupun area all their married lives. Ray was employed at National Rivet and Manufacturing in Waupun for 35 years and retired in 2001. Prior to working at National Rivet, Ray had a salvage business of which he continued to dabble with upon his retirement. Ray was a member of Bethel Christian Reformed Church in Waupun.

He was preceded in death by his wife, Adrianna; a brother; three sisters; and an infant son.


Friends and relatives of Raymond Lange may call on the family on Monday from 4-7 p.m. at the Werner-Harmsen Funeral Home in Waupun and on Tuesday at the church from 9:30 a.m. until the time of service.

The family wishes to thank Helen’s Kitchen for nurturing and nourishing their father for the past several years. A special thank you also to the nurses in the ICU at Waupun Memorial Hospital.

To order memorial trees or send flowers to the family in memory of Raymond H. Lange, please visit our flower store.