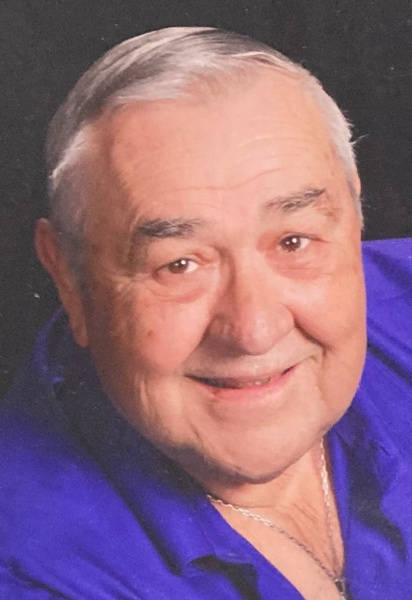 
Richard “Dick” Malter, 82, of Waupun, entered into his eternal heavenly home on Monday, August 9, 2021 at St. Agnes Hospital in Fond du lac surrounded by those who loved him.

Dick was born June 6, 1939 in Dodgeville, WI the son of James and Ellen Pauley Malter. Dick attended Waupun schools and joined the Wisconsin Army National Guard, 127th Infantry, 32nd Division, and served a year at Ft. Lewis, WA. On November 29, 1958 he married Bev Vick in Beaver Dam. The couple resided in Waupun. Bev passed away January 5, 1985. On February 15, 1986 he married Marlene Mannigel Marks and they resided in Waupun all of their married lives. Dick was employed for 38 years at National Rivet & Manufacturing in Waupun from which he retired. He owned and operated Dick’s Landscaping in Waupun until his death. Dick was a past volunteer fireman for the Waupun Fire Department. He enjoyed art work with oil paints with most of them being beautiful outdoor scenes. Dick was involved with Waupun Hunter Safety, Snowmobile Safety, Fishing Has No Boundaries, and was a fishing leader for Weeping Willow 4-H Club. Dick was an avid outdoorsman. He was a member of the Lighthouse Angler’s Fishing Club and Waupun Hockey Association. He attended Edgewood Community Church in Waupun and loved to serve his Lord in all he did. Dick was a loving and caring husband, father, grandfather and great-grandfather who loved nothing more than spending time with his family. He touched many lives and was loved and called “Dad and Grandpa” by so many.


Friends and relatives may call on the family at the church from 9:30 a.m. until the time of service.


A memorial service and celebration of Dick’s life will take place Saturday, August 14, 2021 at 12 noon at Edgewood Community Church in Waupun with Pastor Mike Giebink officiating.

To order memorial trees or send flowers to the family in memory of Richard Malter, please visit our flower store.