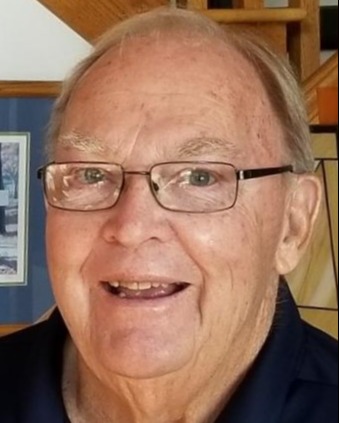 Dick was born October 1, 1942, in Rockford, Illinois to the late Mervin and Elsie (Zink) Martin of Pecatonica, Illinois. Dick graduated from Pecatonica High School in 1960. He attended UW Platteville where he lettered in track and football and graduated in 1964. Dick married Sharon Livengood on April 25, 1964 at the Brethern Church in Milledgeville, Illinois.

After graduation from college, Dick was employed at Dairyland Fertilizer in Marshall, Wisconsin. Then he was employed with the Ralston Purina Company for twenty years. He owned and operated Waupun Feed and Seed with his business partner, Milan Vande Zande for twenty years. After his retirement, he started Dick’s Equipment selling and consulting farmers until his passing.

Dick served on numerous boards, including Bristol Morgan Bank. He was instrumental in initiating pork chop dinner fundraisers for many communities and organizations. Dick served as President of the Village of Oakfield for a number of years. Dick was a past member of Kiwanis of Fabulous Fond du Lac. He was also on the Fond du Lac County Fair Board for a number of years, serving many of those as president. Dick was a long-time member of the Fox Lake Golf Club where he served on the board. He was a member of the United Methodist Church in Oakfield, serving in many leadership roles. He will be remembered for his storytelling and for his generous heart.

We would also like to thank the staff at Whispering Pines in Ripon for their care, love, and support.

To order memorial trees or send flowers to the family in memory of Richard W. Martin, please visit our flower store.