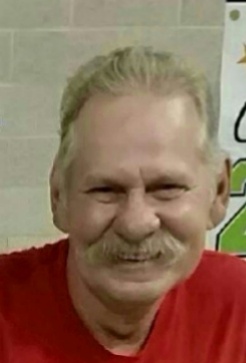 Bob was born January 19, 1949 in Beaver Dam the son of LeRoy and Norma Vande Zande Decker. Bob grew up in Fox Lake and graduated from Waupun High School. On October 21, 1972 he married Rene Williams in Fox Lake. They resided in Fox Lake until 1986 and then moved to Mayville. Bob retired from Tab Products in Mayville. He was a veteran of the United States Army and served two tours of duty in Vietnam as a medic. He attended First Christian Reformed Church in Waupun. Bob was an avid sportsman and enjoyed a variety of activities.

Bob was preceded in death by his parents.


Friends and relatives of Bob Decker may call on the family on Friday at the funeral home from 10 a.m. until the time of service.


Funeral services for Bob Decker will be held Friday, June 15, 2018 at 12 p.m. at the Werner-Harmsen Funeral Home in Waupun with Al Venhuizen officiating.


Burial will follow at Riverside Memorial Park in Fox Lake where military honors will be performed.


To order memorial trees or send flowers to the family in memory of Robert Decker, please visit our flower store.