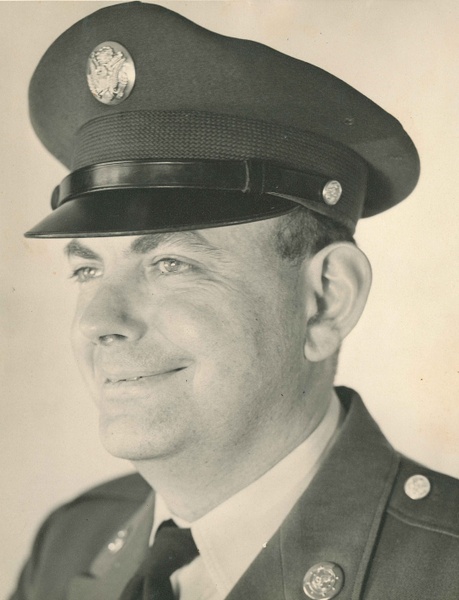 
Robert was born May 3, 1931 in Oshkosh the son of Henry and Grace Cleveland Pownell. Robert attended Oshkosh schools. At the age of 18 he enlisted in the United States Naval Reserves and served as a sergeant from June of 1948 to January of 1952. He then transferred to the United States Army and retired as a Staff Sergeant in September of 1972. Robert served his country for 24 ½ years and served in both the Korean War and Vietnam. One of his many stories was when he was in the movie “The Longest Day”, starring Robert Mitchum. Following his time in the service, Robert became employed by Wisconsin Department of Corrections and worked at Waupun State Prison, Dodge Correctional Institution, and Waupun Central Warehouse from which he retired in 1993. On September 8, 1979 he married Mabel Miller Webster in Westfield, WI. The couple moved to Waupun on September 15, 1980. Robert was a life member of Veterans of Foreign Wars Post 6709 and American Legion Post 210, both of Waupun. Robert was an avid fisherman, enjoyed puzzles, watching old westerns, listening to country music, and loved to watch the Badgers and Packers. He was a proud Papa and enjoyed watching his grandchildren grow.

Robert is survived by his wife, Mabel Pownell of Waupun; their five children: Melissa (Bobby) Kavonius and their children, Keisha, Morgan, and Alex of Waupun, Annette Pownell and her son, Raiden Garcia of Waupun, Dawn (Dan) Kraintz of Fond du Lac and their three boys, Chad (Brianne) Webster and their boys, Jack and Seth of Beaver Dam, Jory Webster (Ashley Wachholz) and their son, Kane of Fond du Lac, and Adam Parzy of Fond du Lac, Lloyd Webster, Jr. (Robin Schendell) of Waupun and his daughter, Angelica Webster (Mike Bille) and their three boys, Axle, Darrion, and Jarik of Waupun, and Gordon (Michelle) Webster and their daughter, Alexis of Fond du Lac; his sisters, Shirley (Jim) Tangy of Oshkosh, Mary Jenkins of Florida, and Carrie Kilt of Oshkosh; and many nieces and nephews.

Bob was preceded in death by his parents; a brother, Billy Pownell; and two sisters, Nellie Pownell and Sandy Stoddart.

The family wishes to thank all of the compassionate caregivers from Generations Hospice for their extended care to Robert.


Friends and relatives of Robert Pownell may call on the family on Wednesday at the funeral home from 1 p.m. until the time of service.


Funeral services for Robert Pownell will be held Wednesday, June 3, 2015 at 3 p.m. at Werner-Harmsen Funeral Home in Waupun with Rev. J.D. McCarty officiating.

A “Give Forward” account has been set up on-line in honor of Robert Pownell.

To order memorial trees or send flowers to the family in memory of Robert E. Pownell, please visit our flower store.