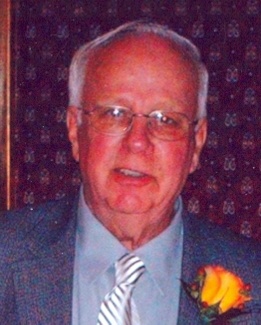 
Bob was born March 2, 1934 in Waupun, the son Frank and Irma Schrauth Tank. Bob attended Waupun schools, graduating from Waupun High School in 1953. He served five years with the U.S. Naval Reserve and two years with the U.S. Army. On September 29, 1956 he married Connie Reabe in Waupun. Following their marriage the couple resided in Waupun all their married life. Bob was employed by Carnation Co./Silgan Containers in Waupun for 38 years, retiring in 1997. He served as an alderman for the City of Waupun for 17 years, retiring from that position in 2007. On November 10, 2007 he married Angie Veleke. They continued to reside in Waupun. Bob was a member of First Reformed Church in Waupun.

He was preceded in death by his first wife, Connie Tank; a son, Tom Tank; his parents; a sister, Joan Zwieg, and a brother-in-law, Jerry Farr.


Friends and relatives of Robert Tank may call on the family on Friday from 4-6:30 p.m. at the Werner-Harmsen Funeral Home in Waupun and on Saturday at the church from 9 a.m. until the time of service.


Funeral services for Robert Tank will be held Saturday, May 11, 2013 at 10 a.m. at First Reformed Church in Waupun with Rev. Bob James officiating.


Memorials may be directed to Agnesian Hospice Hope.

To order memorial trees or send flowers to the family in memory of Robert J. Tank, please visit our flower store.