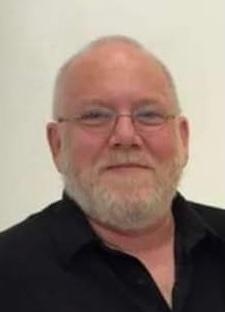 Robert was born February 23, 1958 in South Milwaukee where he was raised, the son of Clarence and Louise Sletto. Bob graduated in 1976 and then worked at a roller rink which he loved and created many lasting stories and memories. Then he joined the U.S. Coast Guard in 1980. All of his friends will remember him by his nickname, “Sluggo”. He was very proud to serve his country, and met many close lifelong friends. While serving his country he met Stephanie and they were married for 14 years. While stationed in Alaska he and Stephanie were blessed with a child, Zach, his only child. Bob then worked at Holiday BP in Waupun for 12 years. He was very dedicated to his job and it gave him a sense of purpose. He was also very passionate about many things, one being helping with the Waupun Truck and Show. Bob also loved his photography. He was a very selfless person with a pure heart. He would give the shirt off his back to anyone and will be missed by many.

Robert was preceded by both parents; and grandparents, William “Bill” and Julia Conery.

A private gathering will be held.

To order memorial trees or send flowers to the family in memory of Robert Sletto, please visit our flower store.