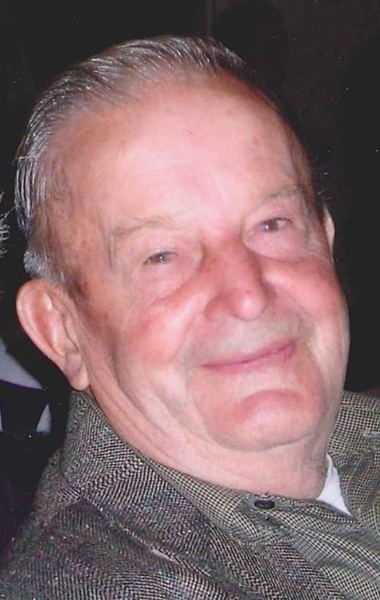 
Robert was born March 22, 1930 on the family farm near Fairwater to the late Floyd and Merle Baker Starbird. Robert served in the U.S. Army. On June 18, 1960 he married Kathleen Perre at St. Joseph’s Catholic Church in Fond du Lac. Farming was his life. He enjoyed everything about farming and being able to share that with his family. He also enjoyed his horse and tractor pulls. His first loves were his wife, children, and grandchildren. He is remembered by many for his devotion by attending the many events of his children and grandchildren and that he always had a smile on his face.
Robert is survived by his wife, Kathy; his children: Linda (Barry) Vermeer of Greenville, WI, Wayne (Linda) Starbird of Brandon, Ann (Tom) Montsma of Brandon, and Sandy (Joe) Vande Zande of Waupun; his grandchildren: Tyler Starbird, Miranda (Adam) Peterson, Haley Montsma, Cory (Shawna) Starbird, Kasey Starbird, Shawn Montsma, and Bradyn Vande Zande; his sister, Carol (Dick) Laper; sister-in-law, Julie Brooks; brother-in-law, Ken (Sue) Perre; sister-in-law, Rita (Mark) Davis; and nieces and nephews.
Robert was preceded in death by his parents; special nephew, Todd Laper; sister-in-law, Shirley Keenan; and brothers-in-law: Bob Keenan and Leroy Brooks.
Robert was born on the family farm, and his family was able to bring him home and honor his request to spend his final days back on the farm.


Friends and relatives may call on the family on Saturday at the church from 9 a.m. until the time of service.


A special thank you to hospice for their guidance as his wife and children cared for him at home.

To order memorial trees or send flowers to the family in memory of Robert Starbird, please visit our flower store.