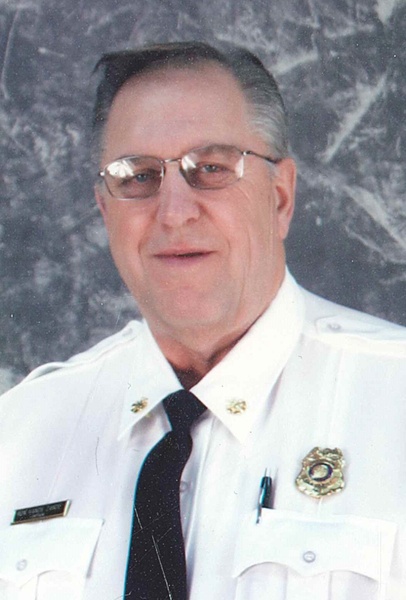 
Ron Vande Zande, a man who dedicated his life to serving others and loving his family and friends, passed peacefully December 27, 2021 with his family at his side at the age of 78.

Ron was born November 14, 1943 the son of Earl and Marcella (Toll) Vande Zande. Ron attended Waupun schools. While working on his family farm Ron began his self-employment journey by starting Vande Zande Livestock Trucking. His love for auctions drove his desire to train and become an auctioneer. He also began to serve his neighboring communities by becoming a Fond du Lac County Deputy Sheriff. On June 21, 1986 he married Aggie McDougal and the couple lived in Waupun. Ron drove many miles for Jeff’s Trucking and W&D Navis prior to starting VZ’S Trucking which he owned and operated from 1994-2019. After his retirement he enjoyed running short hauls for Smedema Trucking. Ron served on the fire department for 46 years and retired as assistant chief. He was a founding member and pillar for the Waupun Truck-n-Show, formally the Trucker’s Jamboree, which was his passion. He was dedicated to supporting Special Olympics and Make-A-Wish Foundation. He was an organizer for the annual Special Olympics Truck Convoy. Ron could often be found around the table at a local restaurant bright and early in the morning having coffee with the guys, attending a local race, playing Brittain House bingo, playing cards at a local establishment or in the stands cheering on his favorite players, his grandchildren, nieces and nephews. Ron was a member of Men of Praise, Edgewood Community Church, and Wisconsin Motor Carriers Association. Through the years Ron was humbled and honored to receive several awards which included the Waupun Citizen of the Year Award, the Babbitt Award on behalf of the WI Motor Carriers Association, and the American Legion Outstanding Firefighter Award.

Ron was preceded in death by his parents; and step-daughter, Kris Kaiser.

Friends and relatives may call on the family on Sunday at the church from 3 p.m. until the time of service. Masks are encouraged.


In lieu of flowers, memorials can be directed to the Waupun Fire Department.

The family would like to extend sincere appreciation to the healthcare workers on the frontlines who give so selfishly of themselves during these difficult times.

To order memorial trees or send flowers to the family in memory of Ron Vande Zande, please visit our flower store.