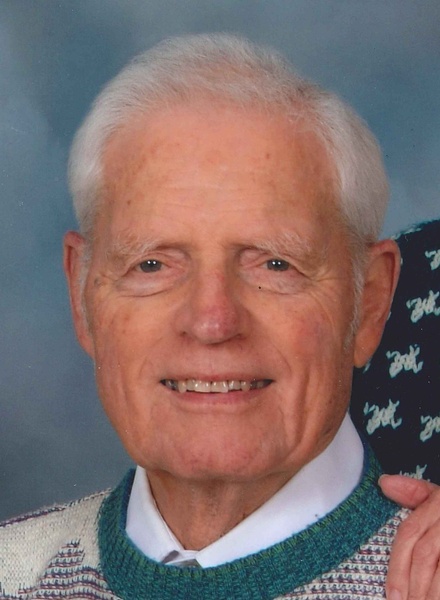 Ron was born July 6, 1926 in West Bend, WI, the son of the late Albion and Florence Lyman Loebe. Ron served in the U.S. Navy during WWII. He married Cyrilla Thoma on June 27, 1953 in West Bend. The couple lived in Waupun all their married lives. Ron started his career with the Curtis Candy Co. as an area distributor. In 1970 he started working for the Waupun School District in its maintenance department and retired in 1988. Ron was an active member of St. Joseph’s Catholic Church and belonged to its Knights of Columbus where he helped in many activities, especially the Friday night fish fry. He was a member of the American Legion Post 210 and the Waupun VFW. Ron and Cyrilla enjoyed traveling and attending naval alliance reunions throughout the U.S.

Ron was preceded in death by his wife, Cyrilla, in 2008; and a sister, Virginia.


Friends and relatives may call on the family on Friday at the church from 9 a.m. until the time of service.


Funeral services for Ron Loebe will be held Friday, May 1, 2015 at 11 a.m. at St. Joseph’s Catholic Church in Waupun with Fr. Mike Wild officiating.

In lieu of flowers, donations may be directed to the Marsh Haven Nature Center and the Disabled Veteran’s Association.

To order memorial trees or send flowers to the family in memory of Ronald A. Loebe, please visit our flower store.