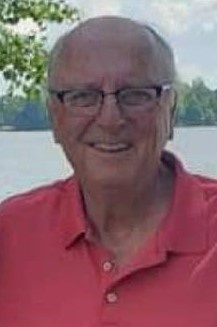 Ron was born October 25, 1946, the son of Kenneth and Cynthia Vande Streek Kastein. Ron graduated from Waupun High School in 1964. While attending church he met the love of his life, Shirley Kamphuis. On August 6, 1969 the couple got married at Alto Reformed Church. Ron was the owner and operator of Barker Lumber Company in Northern Illinois and Southern Wisconsin with a headquarters located in Delavan. The couple sold the business in 2015. Ron was a gospel quartet singer, and sang with several groups, including Gospel Tones, Revelations, and Emmanuels Men. He traveled the midwest to sing. He was in the U.S. Army Reserves. Ron enjoyed spending time with family and friends, living life to the fullest, and the joy of gatherings at their lakeside home and their winter home in Arizona.

Ron was preceded in death by his parents; a brother-in-law, Russ Kamphuis; and his in-laws, Rueben and Helen Kamphuis.

Friends and relatives may call on the family on Tuesday at the church from 9 a.m. until the time of service.

To order memorial trees or send flowers to the family in memory of Ronald Kastein, please visit our flower store.