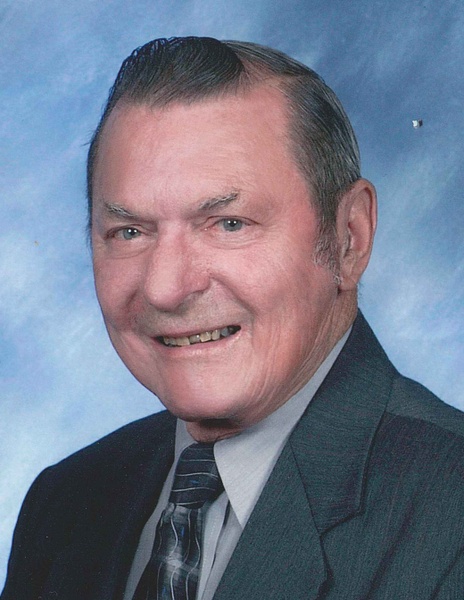 
Ronald “Ron” Babros, 81, passed away after a courageous battle with cancer at St. Joseph’s Community Hospital in West Bend, WI on September 11, 2016.

Ron was born September 9, 1935 in Chicago, IL to Edward Joseph and Helen Margareth Templin Babros. Ron grew up and attended school in the Chicago area but when he was young his family began spending summers in Fox Lake, WI. Ron graduated from Marquette University in 1957 with a degree in electrical engineering. On August 31, 1957 he married Lois Ann Nelson in Fox Lake, WI. He served in the U.S. Army Corps of Engineers in Fort Campbell, Kentucky from 1957-1959, discharged with the rank of Captain. In January 1960 Ron and Lois moved the family to West Bend, WI as Ron was employed by the West Bend Company. Ron was extremely proud of having served on the Underwriters Laboratories (UL) Advisory Committee that developed casualty hazards for household electrical appliances. One of the most significant requirements was short cords and lock-on covers on liquid heating devices to reduce the risk of burns from these devices. Ron retired in 1990. Ron served the Ducks Unlimited organization for more than 30 years. Starting out as a committee member on the Two Lakes DU committee, Ron continued to serve Ducks Unlimited as the Two Lakes DU Area Chairman, South Central WI Zone Chairman, and as WIDU Recruitment Chairman. Ron served as the Wisconsin Ducks Unlimited State Chairman from 2006-2008, then served DU nationally on the board of directors as a Regional Vice President and as a member of the Emeritus Board of Directors. Ron’s contributions to conservation are too numerous to list but are highlighted by Ron’s role in developing the Horicon Initiative, a landscape-wide conservation plan for improving water quality and waterfowl habitat in the Upper Rock River watershed and Horicon Marsh area. To date, the Horicon Initiative has impacted over 5000 acres of habitat in Dodge and Fond du Lac counties. Ron served his local community as Supervisor #3 on the Fox Lake Town Board for 13 years. He was also a member of the American Legion Post. Ron was a member of Annunciation Parish in Fox Lake where he served as a eucharistic minister, member of the Parish Council, and enjoyed preparing the church for Sunday Mass. Ron enjoyed playing baseball and later in life, slo-pitch softball. He considered himself fortunate to have played on two outstanding teams: The Green Giant team from Fox Lake which was dominant in the tri-county league in the late 60’s and early 70’s, and The West Bend Company over 35 team which had a 47 game winning streak in the West Bend league. One of Ron’s greatest pleasures was hunting and fishing with family and friends either in the Fox Lake area or over in Neshkoro, WI.

He was preceded in death by his parents; and a brother, Terrance.

Friends and relatives may call on the family on Thursday at Werner-Harmsen Funeral Home in Waupun from 4-7 p.m. and on Friday at the church from 10 a.m. until the time of service.


Burial will follow at St. Mary’s Cemetery in the town of Trenton.


To order memorial trees or send flowers to the family in memory of Ronald "Ron" Babros, please visit our flower store.