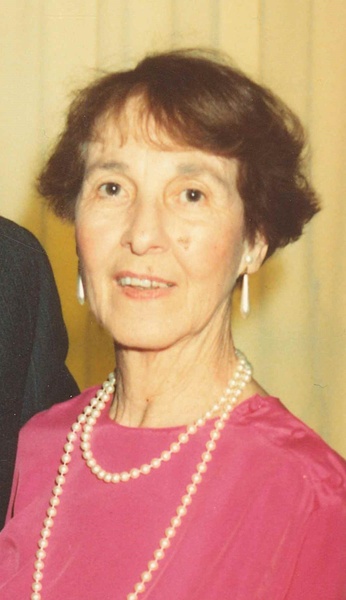 
Rose Merhalski, 98, of Waupun, went to be with the Lord Jesus Christ on Monday, June 11, 2018. She passed away peacefully at Prairie Ridge in Waupun. Rose was a long-time resident of Waupun, knowing and known by many fellow Waupun loved ones, Waupun Baptist Church family, friends, and acquaintances.

Rose was born November 28, 1919 in Lannon, WI, one of nine children, the daughter of Joseph and Settimia DeQuardo, which at the time were newly arrived immigrants from Italy. Early in life, Rose was her mother’s helper in the kitchen and the rest is legend as her Italian food was always wonderful and appreciated by both her own and and her church family. As a nine-year old she accepted Jesus as her personal Saviour during a neighborhood Child Evangelism meeting. Her early twenties found her working at the cosmetic counters in the Boston Store in Milwaukee. This young Italian beauty represented the image of the store while modeling furs for various events. Rose met her husband, Walter Merhalski of Florence, WI in the restaurant of the Hotel Wisconsin in Milwaukee during World War II. The handsome uniformed soldier caught her attention, changing her mind about the date she came with. Beginning in the early 70’s Rose and Walter could be found every summer Saturday for over 20 years at their booth at the Princeton Flea Market. Antique glassware was her specialty.

Rose was preceded in death by her husband of 48 years, Walter; daughter-in-law, Sharon Merhalski; and grandson, Joseph Merhalski.

Friends and relatives may call on the family on Thursday at the church from 10 a.m. until the time of service.

Funeral services for Rose Merhalski will be held Thursday, June 14, 2018 at 11 a.m. at Waupun Baptist Church in Waupun with Pastor Robert Love officiating.


To order memorial trees or send flowers to the family in memory of Rose Merhalski, please visit our flower store.